You know that deepfakes can be devastating to one's reputation and are very difficult to detect if created correctly. Microsoft thought of tackling this problem with the release of a tool that can detect them.

The threat of deepfakes is so significant that Facebook has banned all deepfake content. However, the biggest obstacle is how if the creator has knowledge they look very convincing. So locating and confirming a deepfake is very difficult.

Facebook bans deepfakes and Photoshopped photos because they deceive users.

As mentioned in Microsoft On the Issues, the company wants to change that with a new tool. It's called Microsoft Video Authenticator and it analyzes videos to look for the "seams" left behind by creating a deepfake. These seams are invisible to the human eye, but a computer can detect them using frame-by-frame analysis.

To prevent any reverse engineering of the new technology, Microsoft Video Authenticator is not released to the public. Microsoft distributes its application only to news organizations and political parties. So they can use the tool to separate the real from the fake.

However, Microsoft has announced a second technology for detecting deepfakes. The company proposes a system where a content creator can add tags to his videos with a unique "signature". If the video is edited, a different signature will be created than the original, specifying deepfake.

The only really common use we have seen so far is non-consensual pornography against women.

However, they are expected to be ubiquitous in about three to five years, so we need to develop these tools for the future.

However, as detection capabilities improve, so will the ability to create.

Deepfakes are a major issue for media credibility and companies need a way to separate them.

Microsoft has released the tool to detect edited videos, however, we do not know if it is enough to locate deepfake creators it has not yet seen. 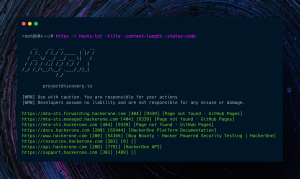