It is strictly a virus removal tool after an infection. So there should be a security product to protect you from viruses.
Windows 10 of course already has Windows Defender as an antivirus.

Microsoft Windows Malicious Software Removal Tool runs "silently" in the background. If it detects malware on your computer, the next time you log in as a computer administrator, a notification will appear informing you of the scan.

If the tool detects malware, you may be prompted to perform a full scan. This scan can take several hours to complete because it scans all the disks on your system.

If the malware has modified files on your computer, the tool will delete the malware from those files. If the malware changed your browser settings, your homepage may automatically change to a page giving you instructions on how to reset the settings. 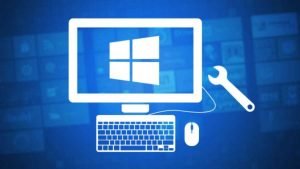