Bentley has perhaps captured the most detailed landscape photo in the world. A 57,7 gigapixel interactive advertising photo, stitched by 1.825 individual frames taken from the top one of the highest towers in Dubai. 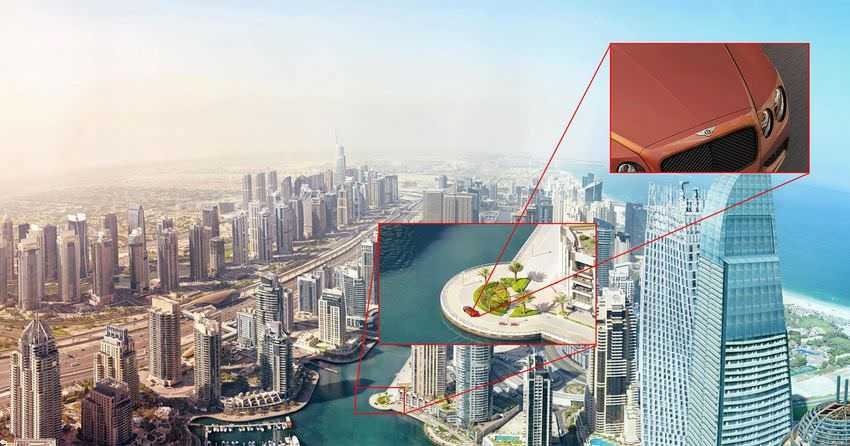 This is not the first time that Bentley has experimented with NASA technology on gigapixel photos. Their first interactive advertising took place in San Francisco, where it featured a 53 gigapixel photo that allowed you to zoom all the way until you reached the company's car that was moving over to the Golden Gate Bridge and even focused on the seat seams of it.

However, her current ad has surpassed this impressive photo as you can now zoom in across Dubai's marina. Her car Bentley from the top of the tower literally looks like an ant, but you can zoom and see the sign on the car's hood.

Assange will not be extradited to the United States

According to the Daily Mail, the image you see was incredibly difficult to photograph. The NASA camera used was mounted 264 meters high at the top of the Cayan Tower, where it had to cope with 40 degrees of fog heat as well as 25 km / h wind that threatened to disrupt the stability of photography.

But the argument was successfully crowned and to take all the individual images required for 48 hours, and for stapling them for other 18 hours.

The result is impressive as you can explore the Dubai Marina beyond the car. To see the full, interactive Bentley ad Click here. Be sure to tap the three lines at the top right of the screen and select "EXPLORE THE IMAGE" to see the full picture, not just zoom in on the Bentley badge.

Deep Photo Style Transfer: What does Adobe's new technology do?