A technology that can revolutionize the "world" of wireless networks, thanks to the use of ultra-high frequencies, is expected to be presented at Intel's Mobile World Congress.

According to a MIT Technology Review article, the company has built a prototype antenna that can be mounted on milk-sized packing stations. This technology - the millimeter wave modular antenna array - does essentially integrate "fifth-generation" (5G) high-speed capabilities, such as those demonstrated last year by researchers at Samsung and New York University, into a small sized device. The main idea is to cover cities with such devices-stations (one by one with two building blocks) that will be able to manage large volumes of data in a small range. Each such station will be able to send and receive data at speeds of more than one gigabit per second, in a radius of a few hundred meters, while the current standard, 4G LTE, "moves" around 75 megabits per second.

Intel and Samsung technologies are expected to use frequencies of 28 and 38 gigahertz or higher for portable device communications purposes. These frequencies, known as the "millimeter wave", can carry much more data than those used in today's mobile networks, but are easily blocked by interfering environmental objects, so they were impractical for use on portable devices.

To address this problem, processors make dynamic changes on signal transmission and sharing by controlling the direction to which the signal is sent from each antenna, making constant changes depending on the changing environmental conditions. "We can increase the number of antennas as we see fit to increase the transmission sensitivity and reception. Obstacles are regulatory, not technological, "says Ali Shandri, director of the relevant Intel IT department, at MIT Technology Review. 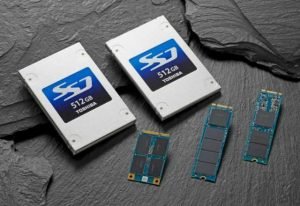