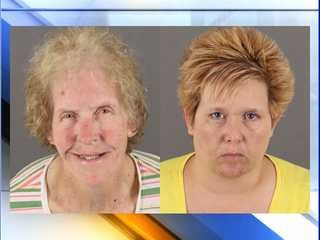 Karen Vasseur, 63, and Tracy Vasseur, 42, of Brighton, Colorado, have been sentenced to prison for what authorities call a "Nigerian cybercrime".

In accordance with Office of the Attorney General in Colorado, the two women cheated 375 people from the United States and 40 from other countries. Victims sent more than 1 billions of dollars to their accounts.

Tracy Vasseur was sentenced to 15 years of imprisonment with a five-year suspension. In addition, he was sentenced in 4 3 years with XNUMX years suspension for committing other crimes he committed alongside the fraud case.

Her mother, on the other hand, was sentenced to 12 years of imprisonment with 5 years of suspension.

Karen Vasseur cheated her victims by making them believe they had inherited many millions of dollars from a friend of mine in Nigeria. At the same time he promised unsecured loans, provided he paid her a prepayment for the expenses.

The loans were never given to the victims, but they received thousands of dollars as advances.

The first malware for Windows Phones from F-Secure was discovered

PirateBrowser is the freedom and altruism