The US NSA will release a free reverse engineering tool at the upcoming RSA Security Conference to be held in early March in San Francisco.

The name of the software is GHIDRA and from a technical point of view it is a disassembler. The application converts executable files into assembly code that can be analyzed by stakeholders.

The NSA developed GHIDRA at the beginning of the 2000 and in recent years has shared it with other US government agencies to look into the malware or suspicious software inside.

The existence of GHIDRA was never a state secret, but we learned about this in March of 2017 when WikiLeaks published the Vault7, a collection of stolen CIA records. The CIA was one of the organizations that had access to the tool.

GHIDRA is written in Java, has a GUI and runs on Windows, Mac and Linux.

It can parse binaries for all major operating systems such as Windows, Mac, Linux, Android and iOS, while its modular architecture allows users to add packages if additional features are needed.

According to description by GHIDRA at the RSA conference intro session, the tool "includes all the features expected in high tech commercial tools, with new and expanded features developed by the NSA".

Users who have already tried GHIDRA say they are slower than IDA, but their open nature allows for improvements and NSA will of course benefit from free application maintenance from the open source community.

In total, the NSA has opened 32 projects and has an official GitHub account.

GHIDRA will be presented at the RSA conference on March 5 and is expected to be released shortly on the page Code of the organization but also in their account at GitHub. 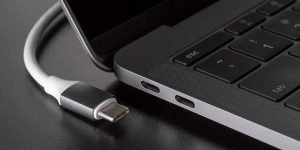