home / News / Play a simulation game on the Suez Canal

Play a simulation game on the Suez Canal

A container ship from the company Ever Given, managed to close the Suez Canal for a week and you may think that its captain was irrelevant. You can try your luck at an expensive channel simulator. 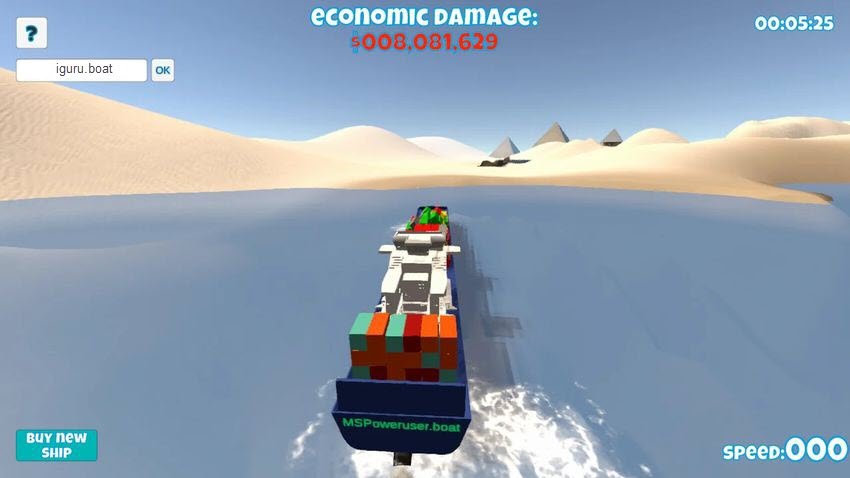 Made by Mythical City Games, the game is a beautiful simulator that proudly states that "This extremely expensive simulator training system lets you learn how to cross the Suez Canal by boat."

In the game, you are the captain of a ship in a canal. Around you will enjoy Egyptian landscapes and until you meet an insecure moored ship, such as Ever Given itself.

You have to deal with fluid mechanics that make it difficult to maintain any load, as well as with a financial loss meter located at the top of the screen.

You can play it Totally Accurate Suez Canal Training Simulator in your browser or download it from itch.io if you want to install it on your machine. Runs on Windows and Mac.

The story of the stuck Ever Given ship became so famous around the world that it did not just appear in this game. A few days ago she made her appearance and in Microsoft Flight Simulator.