Microsoft is preparing to release the Cumulative Updates May 2019 for Windows 10, as part of the monthly Patch Tuesday.

So tomorrow all versions of Windows 10 (and other Microsoft products) will be able to receive these updates for May. Updates as you may know contain many security enhancements, as Microsoft uses the Patch Tuesday cycle to fix vulnerabilities in its products.

In addition, some non-security bug fixes are included to improve Windows 10 performance.

Of course, later this month, Microsoft is expected to make available for all the new Windows 10 feature update known as May 2019 Update or 1903. The update is currently being tested at Preview release ring of Windows Insider.

This update will take place gradually, and some devices will get it earlier than anyone else.

Microsoft says this approach is necessary to avoid too many problems, since if you think about it, the first devices continue to test the operating, while the company continues to solve the problems presented.

Cumulative updates now have caused many problems to end users from time to time. So if you think 4 tomorrow to update directly with 2019 cumulative May updates as part of the monthly Patch Tuesday, it would be a good idea to wait a few days. 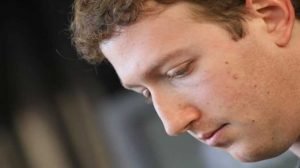