On Easter Eve we dared to express an opinion on the case of the deaths of three children in Patras. The fact has been exhausted by the media of course, but we dealt with another dimension of the same issue. 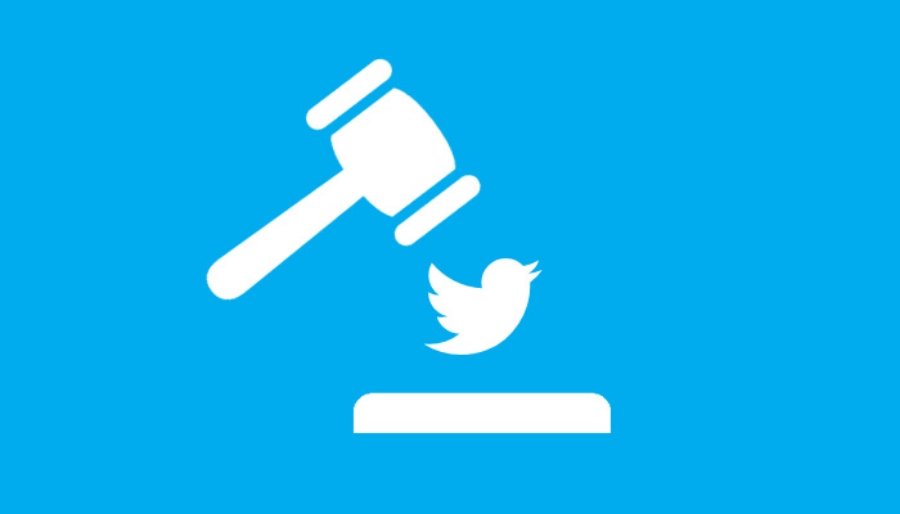 Recall what we wrote:

So today a print newspaper was published that featured on its front page, images of a dead baby. Photos with bruises and scars. How far will exploitation, inhumanity and mourning go?

Is it legal to publish these images on the front page?
It is different to choose an internal page to publish such images, and different to place them as showcases, in your showcase.

Do you know the purpose of the shop windows…. Better visibility of the consumer product we market means more profit. But death can not be a spectacle. The murders of three children are not a consumer product.

Note: We do not consider it bad to shake a medical examiner, or institutions that need mobilization. The problem is the display of specific images in the "showcase" for obvious reasons. They could well have been published somewhere inside the newspaper, but as is well known, blood sells.

Fake news and birthright: Why do not we take part in the feast

However, it seems that we are not the only ones who reacted to the specific act of the publisher who considered it good to report on the first page, material that is normally for forensic use.

Twitter is currently trending it #ta_stoixeia_sas_parakalo because yesterday the specific publisher when he read an opposite opinion on the social network asked for the author's details.

And then the bags of Aeolus were opened:

Well done to Olga for her attitude! .. Because as is well known, the telemanders are omniscient and gendarmes..The semi-learner put up with @OlgaKoum, a person who has knowledge, mind and emotional intelligence!
Go away ! #ta_stoixeia_sas_parakalo pic.twitter.com/oj2Oov1pP9 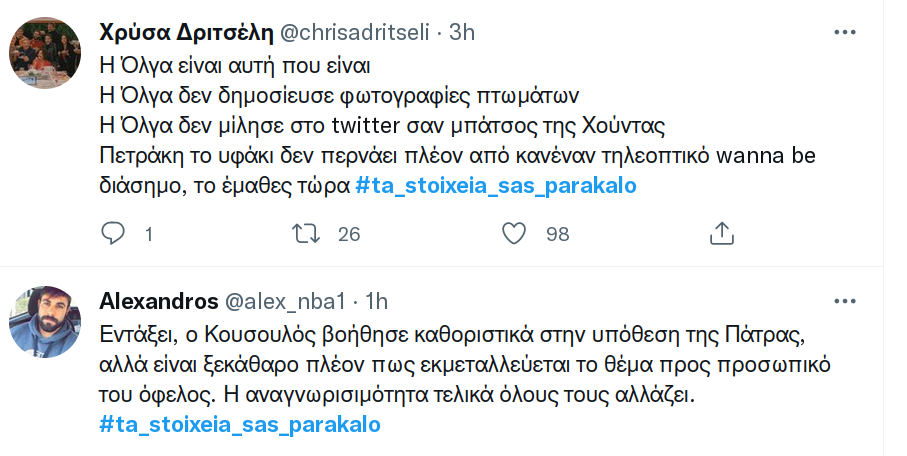 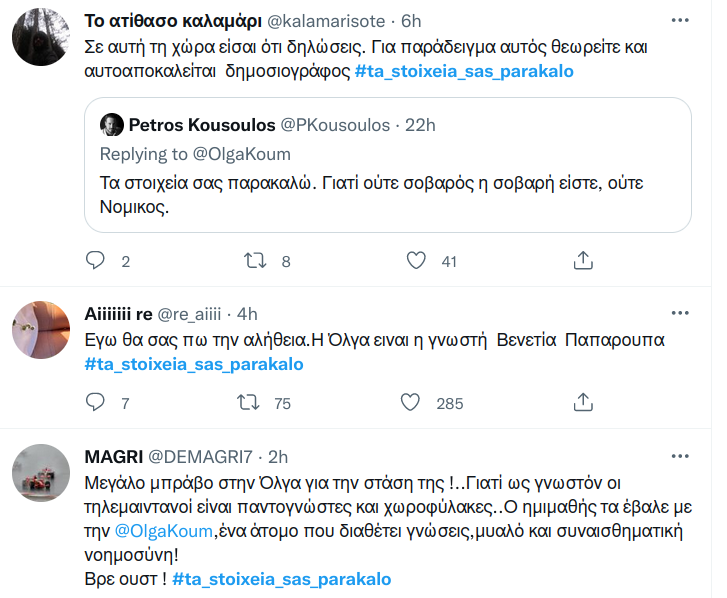 Some forget. Social networks can make you a star, but as we have seen in many cases, they can also judge.