Adobe launches Photoshop Camera, a free mobile app that can modify your photos with an array of intricate face filters 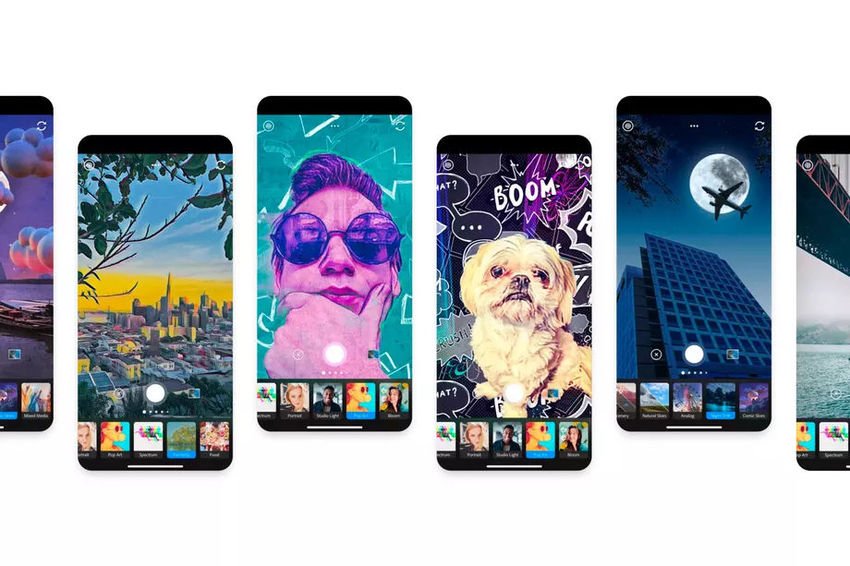 Adobe today released a new application that is called Photoshop Camera, which is packed with a range of sophisticated filters that can change your face and the world around you. Some of the filters are really impressive: many recognize the sky behind you and replace it with perfect clouds or a magical moon. Another puts you in a world of black mirrors and a third makes you look like a comic book.

The application is available for free and works on both iOS and Android. Photoshop Camera has nothing to do with Photoshop other than the fact that both have to do with photos and that they are both applications.

You can do some basic photo editing, adjust contrast, exposure, saturation, and so on, but you usually aim to take a photo and then filter it. If you want to make adjustments, there is a magic wand button that automatically invites the changes for you, so you do not have to worry about the actual settings. The application can not record video, which is very bad because the effects would be much more fun.

The tricky task for Adobe is to get users to use their application instead of the many filters available within social applications that people are already opening, every day. Photoshop Camera looks great, but Adobe basically competes with any social media application as there are many great filters in Instagram and Snapchat.

But Photoshop Camera is really a fun application to play with. When you open it, you will find about half a dozen filter options, most of which have many variations. For example, the Spectrum filter, which has different versions, which can divide your image into many color ranges, place a geometric gap or cover you with stripes. But face filters tend to be quite complicated.

Adobe plans to add more filters over time, some of which will work with specific artists and creators.

Abobe has just released a new patch for Flash Player

For Adobe, the goal is also to introduce users to its large applications through smaller and less complex applications, in the hope that they will eventually turn some of them into professional paid tools.

Microsoft has filed a DMCA for the Ninjutsu OS