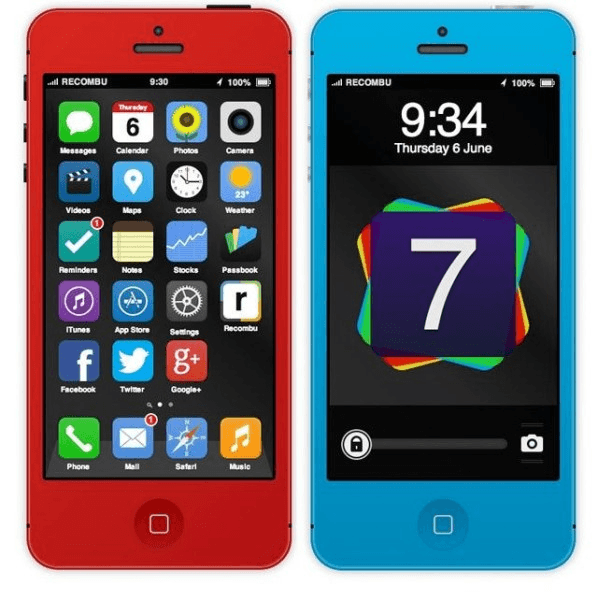 We all expect this Monday at WWDC 2013 Tim Cook to go on stage and introduce us to the new iOS 7. The first iOS in Apple's history with the seal of one of the greatest minds in design Jonathan Ive.

We expect to see a more level design and to say goodbye once and for all the structural elements we had in all previous versions of the software.

Steve King today wanted to give to all of us, a few days before the official presentation of iOS 7 about what it will look like and so designed and implemented a mock up based on what we have heard and leaked to date. But what makes it stand out and entertain you is that it is designed in HTML, CSS and Javascript giving you the opportunity to create your own iOS 7 from scratch that you have in mind.

Based on a combination of leaked photos and the new WWDC app highlighted in our iOS 7 rumor round-up, changes to the OS will likely consist of a flatter aesthetic and less gradients. Skeuomorphic elements will also be taking a back-seat. For anyone not au fait with the term, skeuomorphism refers to elements imitating reality. This means we can expect the Notes app to look less like a notepad for example, instead, providing a simple, clean, text ready canvas.

This should result in a consistent feel throughout every Apple's proprietary apps; with black bars and tabs, as well as color-coded accents on buttons and details to help differentiate from one app to the next. This concept is intended to be a fun way for people to interact with an idea. From a technical point of view, the challenge was to build this whole concept without using any images and instead, building iPhone, icons and apps just out of CSS and HTML code.

So go here and leave Jonathan Ive hiding inside you free!

Why iRadio will be the most powerful iOS 7 app

This is the machine Apple will use for broken iPhone repairs