It seems that the six recent KB updates for Windows 7, Windows 8.1, Windows Server 2008 R2, and Windows Server 2012 R2 have problems, as they have started reporting that under certain circumstances, they are causing problems on the machines on which they are installed.

Troubleshooting comes from security software companies Sophos and Avast. Specifically Sophos reports that machines with the update may fail at startup. Recommends for the above systems that are running Sophos Central Endpoint and SEC and that until now worked normally, not to install the new update, due to incompatibility.

Η Avast published a support article on the KB website, which describes a similar topic. The company says that computers running Avast for Business and Avast Cloud Care on Windows computers may be locked or "frozen" on startup after new Windows updates are installed. Especially those who are running Windows 7 and have Microsoft Updates KB4493472, KB4493448 and KB4493435 installed. Avast recommends that users uninstall these updates and has posted instructions on how to do so on the support page.

Microsoft has not yet acknowledged the issue. No company support article mentions the issue. It is recommended that you back up your system before installing any new updates for Windows on your machines. 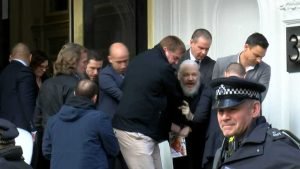