Scientists have for the first time been able to photograph the huge black hole at the center of our Milky Way spiral galaxy, 26.000 light-years from Earth. 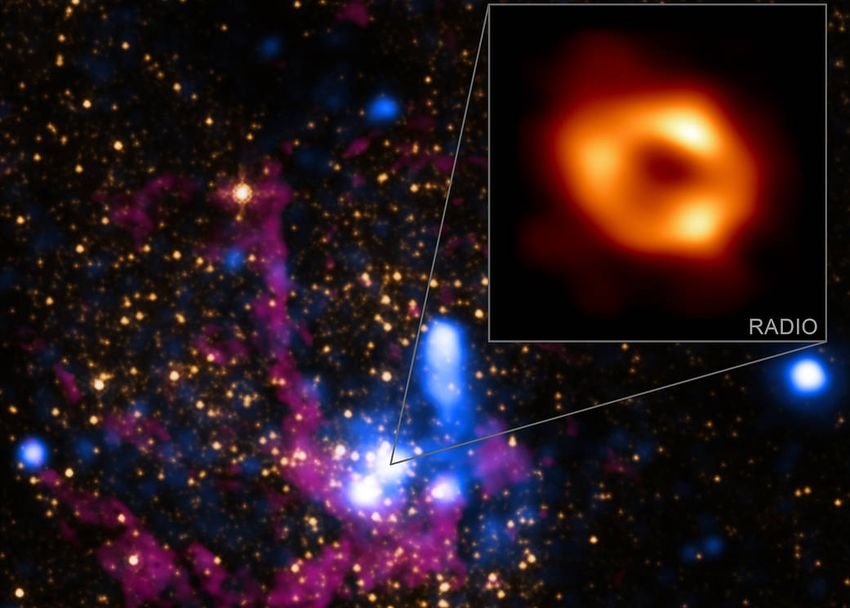 The announcement of the achievement was made yesterday with simultaneous press conferences in the USA, Chile, Mexico, Germany, Japan, South Korea, and China. This is the first time a black hole called Sagittarius A * has been photographed in the center of our galaxy.

The achievement was made possible by its use Event Horizon Telescope (EHT), which is a large array of radio telescopes that all synchronized together for photography.

Sagittarius A * black hole, about 26.000 light-years from Earth, has a mass about 4 million times that of the Sun and consumes a huge amount of material (dust, gas, and whole stars) that is attracted by its powerful gravitational pull. In fact, light can not escape from it and therefore can not be captured in a photograph, but scientists were able to capture the ring of gases and other materials around it, before they are absorbed.

In 2019, EHT scientists had discovered the first "photo" of a black hole in the center of another galaxy, Messier 87 (M87), at a distance of 54 million light-years and with a mass about 6,5 billion times that of the Sun.

Scientists are very excited to finally have images of two black holes of very different sizes, offering the opportunity to compare and contrast and understand how they behave. They have also begun using the new data to test theories and models of how gas behaves around oversized black holes. This process is not yet fully understood, but is thought to play a key role in shaping the formation and evolution of galaxies.

A door was found on the planet Mars