Darnella Frazier - The teenage girl who used her smartphone to videotape the video of the May 2020 assassination of George Floyd that sparked a wave of protests by the movement Black Lives Matter which led to the conviction of former police officer Derek Chauvin - received special mention from the Pulitzer Board.

Frazier was cited as "recording the death of George Floyd, a video that sparked protests against police brutality around the world, highlighting the crucial role of citizens in the search for truth and justice," the Pulitzer Prize-winning council said. (PDF).

Frazier's video, which has been viewed millions of times, sparked one of the largest protest movements in American history and showed how a camera smartphone can be a powerful tool for documenting police violence and racial injustice.

Frazier was 17 years old when she shot the video and uploaded it to Facebook. He also testified at Chauvin, a trial that eventually reached a historic milestone: "for the first time in Minnesota history that a white police officer was convicted of killing a black citizen on duty," according to the Star Tribune. (The Star Tribune was awarded the Pulitzer Prize on Friday to cover Floyd's death and what followed.)

"Even if it was a traumatic experience that changed my life, I am proud of myself," Frazier said on the anniversary of Floyd's death.
"If it were not for my video, people would not know the truth. "My video did not save George Floyd, but removed his killer from the streets." 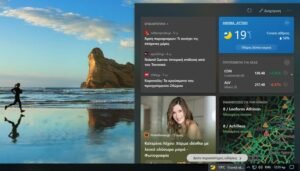