I will not go into the process of explaining the code, the scripts are ready and available for free on GitHub and can be used by anyone or customized as they see fit!

What is Web scraping?

By Web scraping we mean extracting data from a website using a software program. There are many programs of this type, such as ScrapeStorm which does a great job, but it's not free .. With the free version you can only use it once a day and it can only export 100 lines of one table at a time. Otherwise you have to pay about 50 € per month to have full operation! Of course not!

Obviously this did not cover me either so I wrote my own script in Python that exports everything from its page wordometers.

You can see the code here.

How does the scrap script work?

The script is simple, as you will see it is only 15 lines of code along with the spaces. Uses a package, the covid 2.2.6th, created by Johns Hopkins University and helps us gather the information we want from the above website. What I did was compile all this data into a .csv file so that we could later process it in some programming language. In short, I create a database on a daily basis, with just the push of a button and above all for free! I save this database on GitHub and can use it from anywhere.

Here you can see it .csv file with all the data by country, continent etc.

Script for data analysis with Python.

The script takes as input the data from the above .csv file and makes any analysis I specify. I have assigned him to calculate the following.

Here you can see the script code GitHub

Example of the script output for Greece.

Basically what we do with Python and all programming languages ​​is, once we write the code of what we want a program to do, it will do the same calculations every second, depending on the data we enter each time!

You can download from here the .exe script for Windows computers. Just double-click on the .exe you download and it will take the data of whichever of the following countries or continents you choose:

The input of the country / continent must always be in Latin characters and in capitals as shown above. To see the diagram you need to install the following library pymetasploit3 simply by opening the Windows terminal and writing the following.

Press enter and wait for it to finish.

Linux users can run the script directly from the terminal by downloading this file and after they have primarily installed Python on their computer.

After all of the above are installed (and whatever else the terminal warns you is missing), open the terminal on the tab where you saved the script, run the following

Press enter and if there is no error it will run and ask you to enter a country or continent exactly as described for Windows users. 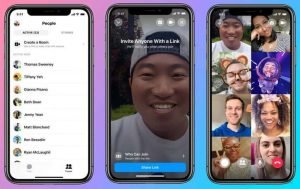