"Tempest" has prompted the world of technology to announce the publication by the University of Reading about passing the "Test Turing" by "Eugene Goostman- a program which, as announced at the weekend, passed for the "first time" the famous test, which is considered to be a milestone / criterion for when a machine can be considered "thinking". 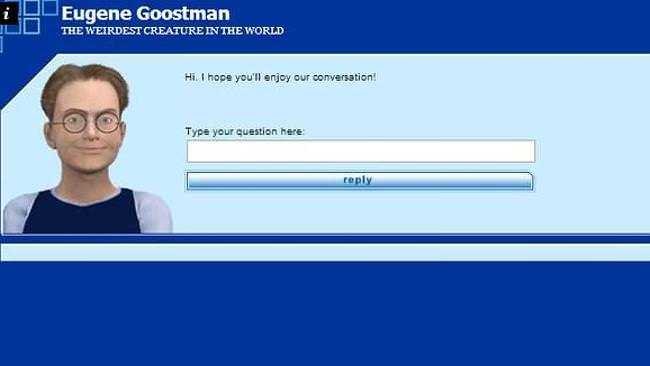 In a particularly "acidic" publication by Techdirt, it is reported that "Eugene Goostman" by Vladimir Veselov and Eugene Démchenko, awarded at an event organized by the University at the Royal Society in London, was not a "supercomputer" but a chatbot script specifically designed to mimic human conversation, so it's not an "artificial intelligence."

It is also argued that other such chatbots have been presented to pass the "Turing test" (where a computer "fools" their interlocutors, making them think they have a man rather than a computer) and that "success" is due to "mislead" the rules (the fact that there was a 13-old boy from Ukraine somehow "covered" some strange answers).

Also, in this issue, the credibility of one of the organizers, Kevin Worwick of Reading University, is being questioned, who is accused of repeated misleading claims.

According to a Guardian article, Steven Harnad, a professor at the University of Quebec (Montreal), argued that whatever happened to the Royal Society did not constitute a "passage" of the Turing test. "We have not passed the Turing test. We have not even come close. "

Hacked and Internet Explorer 11 in Windows 8.1

"Turing's thought was that the best way to explain how the mind works is to design a system that can do what the mind can do. This includes all our talk capabilities, as well as the sensations and perceptions ... not for five minutes, but for a lifetime. "

According to a Huffington Post article, many experts in the field of artificial intelligence question the validity of the "publishing" of the Turing test used by the Reading University.

Gary Markus, a professor at New York University, talked about something far from real intelligence, while Hugh Lembert, the creator of a similar contest, says the time frame for discussion was too small to make a right decision. For his part, Douglas Lenat, Cycorp's Artificial Intelligence Investigator and Chief Executive Officer, commented that "if I teach my parrot to say a lot, answering my words, she may be lovable, but not intelligent."

However, John Denning, who worked with Veselov, talked to the Guardian, backing the program, noting that "I think we have passed a Turing test, but I do not know if it was the Turing test. Is Eugene smarter than a person? No. You are not going to put your life in the hands of an 13 chrono that makes funny and has a strange sense of humor. "

Faster charging up to 92% promises the Legion Meter charger

Also, in a statement to PC World, Columbia University professor Tony Tzampara welcomed the achievement, noting that from the moment of its conception, the notion of artificial intelligence is determined by one milestone after another, "whether he is playing chess or whether learns to draw up proposals. "

"Again and again we said that once a computer can do this, we have created intelligence. However, every time we reach a landmark, we stand and say that 'this is still not artificial intelligence' and we are raising the bar even higher. We still have a lot to do and learn about how to make computers intelligent and how our brains work. "

It is noted that the Reading University's original posting on the Internet was modified so that Eugene could be described as a computer program rather than a supercomputer. Also, details of the nature of the competition tests, as they were done at the Royal Society, are also provided.