Decades ago, Red Hat introduced its logo called Shadowman. However, times are changing for Linux companies as well. Say goodbye to Shadowman!

As Managing Director of Red Hat, Jim Whitehurst posted the tweet below:

"Twenty-six years ago, @RedHat made a pointless start to data centers with copies of a Linux-based operating system. Today we are the leading provider of open source solutions for the hybrid business cloud. We have evolved - and so has our logo. ”

Red Hat does not do this because, as you might think, bought by IBM. And the new logo would never be a blue hat.

The real cause of the change was reported by Tim Yeaton, executive vice president of Red Hat and Head of Marketing:

"A survey on principles of 2017 revealed that people saw Shadowman as an awful logo. He seemed insidious to them. '

Respondents may not have known anything about Red Hat's operation, but they believed that the shadowed man could not inspire confidence.

Personally, I like Shadowman, and his reason is because the co-founders of Red Hat, Bob Young and Marc Ewing started the company from Young's dressing closet. But it is clear that the time has come for a change.

So, Red Hat, as an open source company, has decided to make a change to the company logo, the first after nearly 20 years.

Yeaton says about the new logo:

Reflects the evolution of RedHat into data centers from a Linux copier distributor (not to mention mugs and T-shirts) to the world's leading provider of open source solutions for hybrid business cloud environments… around the world to develop and execute solutions critical to their mission. We escaped from the shadows.

From a technical point of view, the new logo will look better. The older Red Hat logo was inadequate in today's digital formats, especially on small screen devices such as smartphones.

Personally, Shadowman continues to like me and I find Red Hat's new logo rather dull. Of course Red Hat did not need to change the logo to convince me it was a big Linux company. 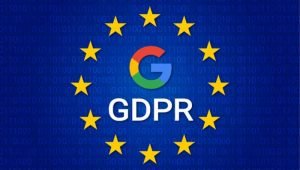