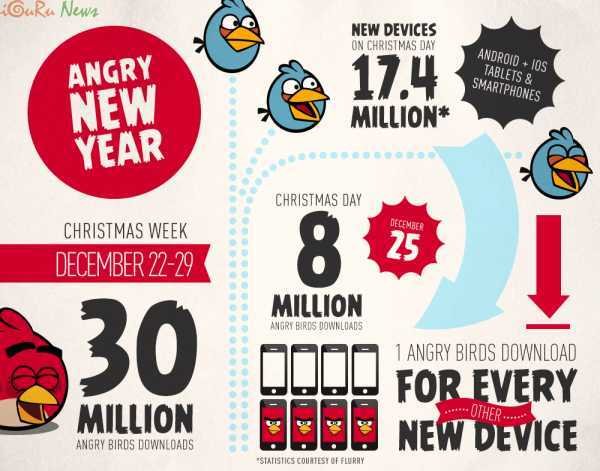 Demonstrating the popularity of Angry Birds's favorite toy, Rovio announced today that during Christmas the game was downloaded a total of 30 million times, of which 8 million were on Christmas Day alone.

Our company provided the statistics via its official Twitter account and using the above infographic, it reported that around 17,4 millions of new iOS, Android smartphones and tablets were activated on Christmas Day.

Windows Timeline What can I do if it does not work?

Steven Sinofsky presented his own blog after his removal from Microsoft