Learn how to get Chrome a screenshot of a web page without using add-ons. At the end of the article, see a corresponding trick for Firefox.

There are infinite ways to get a snapshot from a web page via Chrome. You can use the Print Screen (or Cmd + Shift + 4 on Mac) button, or install a utility for screenshots (such as SnagIt or the Windows Snipping Tool), or install a Chrome extension (such as Smartshot that lets you capture the screen and comment on it).

What you may not know is that the newer versions of Google Chrome have a built-in screenshoot that lets you take snapshots of your screen without installing an add-on.

How to Get a Snapshot in Google Chrome
To get started, open any web page in Google Chrome and select Settings -> More Tools -> Developer Tools. Alternatively, press F12 on Windows (or CMD + Opt + I on Mac) to open the Chrome Dev window immediately.

Then, tap the Toogle Device Toolbar button to make it blue. Now choose any portable device from the built-in list of default devices (or you can select Responsive for auto-tuning). Set the zoom to 100% and click the Rotate icon to change the orientation (the default is in the vertical orientation.

Click the three vertical dots on the right and select Capture Screenshot from the menu to save a screenshot of your screen in PNG format.

Open the Web Console via Tools> Developer Tools> Web Console (or press Ctrl + Shift + K at the same time) and in the Settings section, select the "Take a screenshot of the entire page" option. Firefox will add a camera icon to the Web Console toolbar, allowing you to capture one-click screenshots. 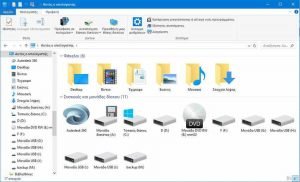