Η Seagate announced that it has started testing the first HAMR technology hard drive with a capacity of 16 TB, in order to present it on the market in 2019.

The 16 TB capacity is intended to be delivered to consumers in 2019 and at the same time Seagate announced plans to produce HAMR technology hard drives in 2020 with a capacity of 20 TB.

HAMR technology (Heat-assisted magnetic recording) was first heard in 2013 by Seagate. This is a technique where heat-assisted magnetic recording (HAMR) can and does more than double the storage capacity. The head of these discs is equipped with a special laser, which heats the surface of the platter. This enhances the magnetic field and allows more data to be stored. The hard drive is full of sunshine, and Seagate does not disclose the number of drives its hard drive uses internally.

After the end of the tests by Seagate, the company will give these discs to specific customers to be tested in real conditions. Once its customers give the green light, Seagate will officially present the final product. 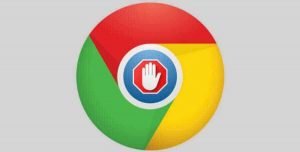