home / dummies / What does "Burning a CD" mean?

What does "Burning a CD" mean?

If you have never encountered a recordable CD, you may not know what the term "burning a CD" means. It is dangerous; Do you need a lighter?

Let us explain to new users how the process of burning a CD works, why it is called "burning" and let those who were active in the late 1990s remember their youth.

Burning means burning a laser recordable CD
Burning a CD means burning data to a recordable compact disc (called a "CD-R" for short), with a special device called a CD burner or CD-R drive. The process is often called "burning" because a laser on the CD-R drive uses heat to record data to disk.

For about a decade from 1996 to 2005, many computers were sold with built-in CD-R drives so that users could back up their data, share digital photos with others, create audio CDs, and more. At some point CDs became DVDs, but with the advent of USB flash drives and the Internet, CD burning became a less popular way of storing and transferring data. However, during this time period, CD burning was very common. 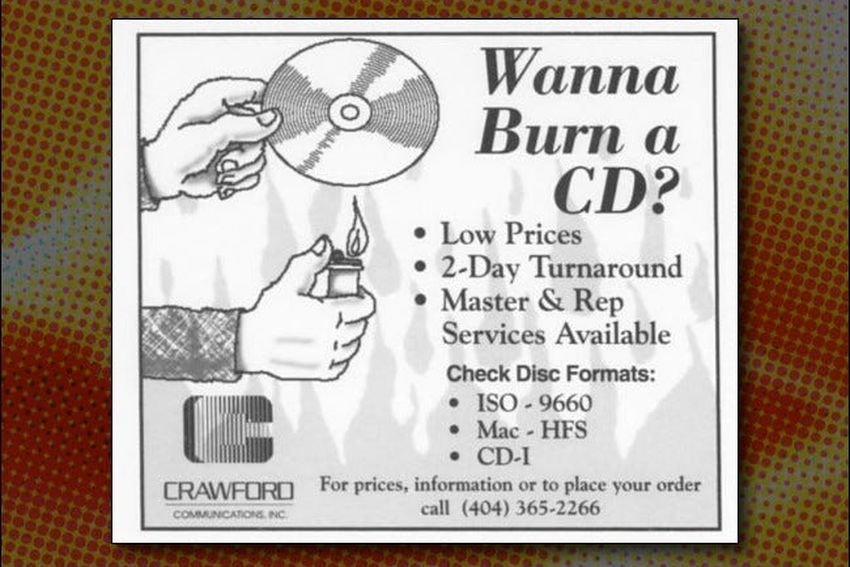 In our internet search, the term "burning a CD" first appeared around 1993, when CD-R technology began to become quite affordable for professional use. But the term "burn", which means "burn", precedes CD-Rs. In particular, the phrase "burn an EPROM»Was common before CDs appeared and the term probably extends to technology before that.

How does a CD-R work?
Do not be afraid and you will not set fire. When burning a CD, nothing literally burns (like in a fire), but a chemical layer on the disc changes from the heat of the laser. To understand, you must first know how a regular CD works.

On a regular mass-produced CD, the data is stored as binary data in a series of natural pits and flat areas (or lack of pits) on a special layer on the disk. To read a CD, a CD player sends a laser beam along a spiral notch embedded in the disc's data layer. If the laser beam is reflected back due to the flat area, the player records the point as a "1." If the laser beam hits a dent and is reduced or deflected, it is recorded as "0". 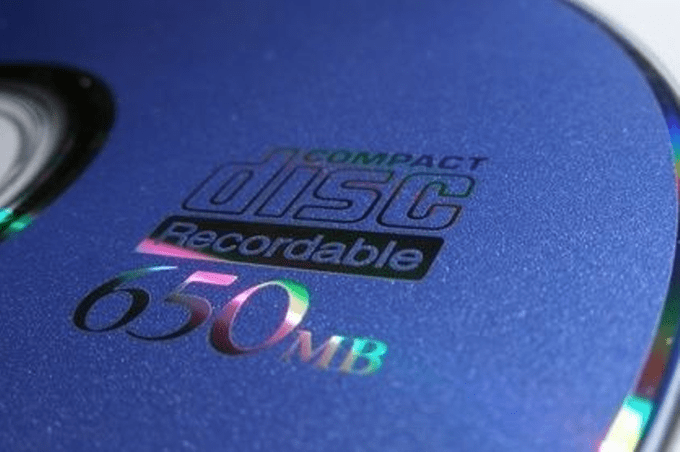 The disadvantage of mass-produced CDs is that the 1980D data layer (cavity and flat areas) is permanently sealed on the disk and cannot be changed later. But in the mid-XNUMXs, scientists at Taiyo Yuden in Japan discovered that no real dimples were needed to diffuse laser light. Instead, you could incorporate a transparent chemical layer into the disk that will darken when heated by a higher power laser.

This is how CD-Rs work. Thus, instead of dimples on a commercially compressed CD, CD-Rs use dark areas that "burn" the disc.

The Topix CD burning system Optical Media International included a complete supercomputer installation, as standard desktops did not have the storage, software or any of the necessary materials to perform the job. (In 1989, a standard desktop hard drive could store 20 or 40 megabytes, and a CD-ROM could hold 650 megabytes.) 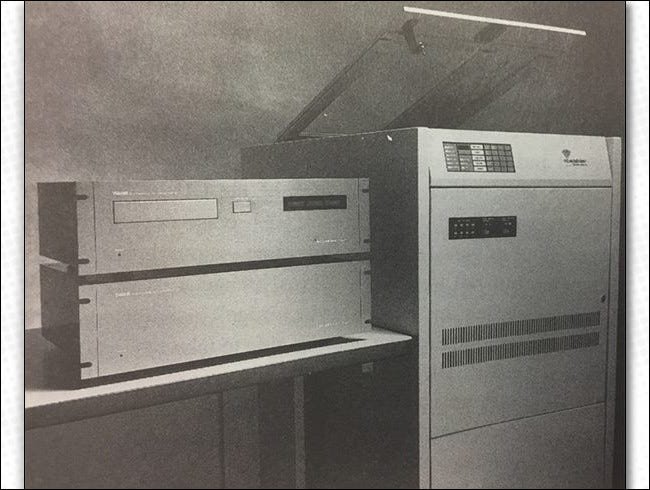 The cost of CD-R recording systems decreased dramatically, entering the game the Meridian costing $ 98.000 a few months later, and with a system from Sony that cost $ 30.000 in 1990. Finally, in 1995, when consumers could buy a Hewlett-Packard CD-R for less than $ 995, CD-Rs began to become mainstream. Speed ​​on CD-R drives also increased over time, and by 2002, a 52x CD-R drive could burn an entire CD in less than three minutes.

People also used CD-Rs for piracy, both in commercial piracy and for personal use, and the rapid decline in the price of CD-R media fueled this trend.

Burning a CD-R was part of our culture
As CD-Rs became cheaper and cheaper around 2000, the adoption of CD-Rs increased rapidly. People began to use them as a method of transferring data between computers, and the youth of that time often used them to make custom music CDs. 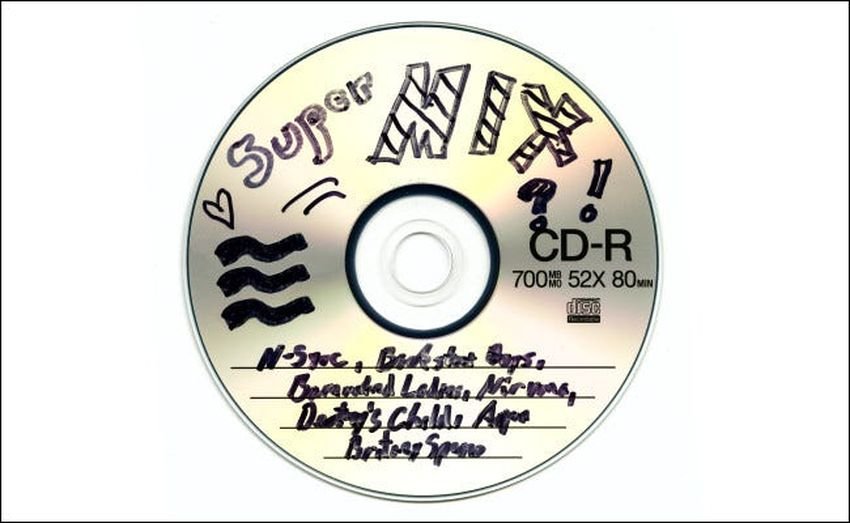 Similar to mixed cassettes, where people recorded favorite songs from the radio or other media, in a customized order to suit specific moods or to share their personal taste in music with friends, something similar appeared with the CDs at the end. In the case of CD mixes, people usually copied ("rip") tracks from existing CDs to a computer (or downloaded them from Napster) and then burned them to a custom CD-R containing tracks in sequence. they chose.

With the rise of digital music players, CD mixes began to lose ground in the mid-2000s in favor of custom playlists on iPod or smartphone.

You can still burn a CD today
While CD-Rs are definitely not as popular as they used to be, companies still sell CD-Rs, as well as the following technologies, such as CD-RW, DVD-R, DVD + R, DVD-RW, DVD + RW, blu-ray, etc. And if you have a CD-R or DVD-R drive, you can still record a CD-R or DVD-R. 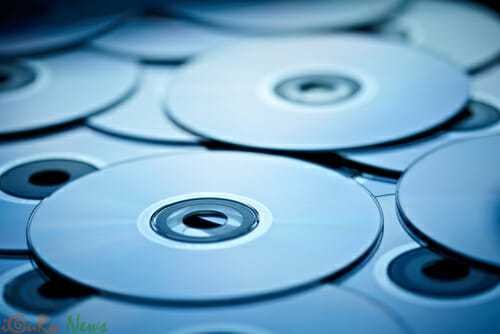 Why would you want to do that? Some vintage computer users use CD-Rs to transfer data between their machines, others use them to listen to songs on an old car that has a CD player that does not support Bluetooth connectivity, and more. 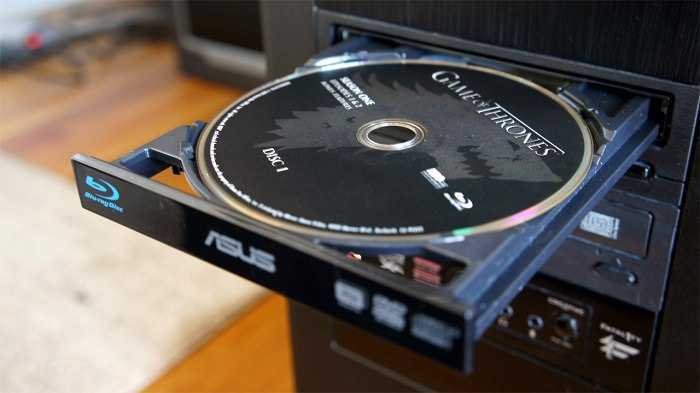 But if you do, keep in mind that science has shown that CD-Rs (and their rewritable cousins ​​CD-RWs) are not a viable archival storage medium. Many CD-Rs that burned out in the 1990s and early 2000s are unreadable today, due to their low quality.

The future of burning technology
Strange as it may seem, burning a blu-ray disc right now is probably the safest way to keep a backup of your data. There are even companies, such as Verbatim, which they report that your data will be stored for 1000 years. So it seems that the "burning of a medium" has deep roots and that it does not intend to give up so easily.