New data released by Gartner show that the smartphone market fell by 5,7% year-on-year in the third quarter of 2020 and it is probably easy to understand why.

With the global health problem, very few are interested in new devices and Gartner reports that sales have fallen by 336 million units in the last quarter.
Of course there are signs of recovery, but it is clear that the smartphone market is far from the levels of 2019.

The biggest change that happened in the third quarter of this year was Apple. The company dropped to fourth place as Xiaomi managed to overtake it for the first time. 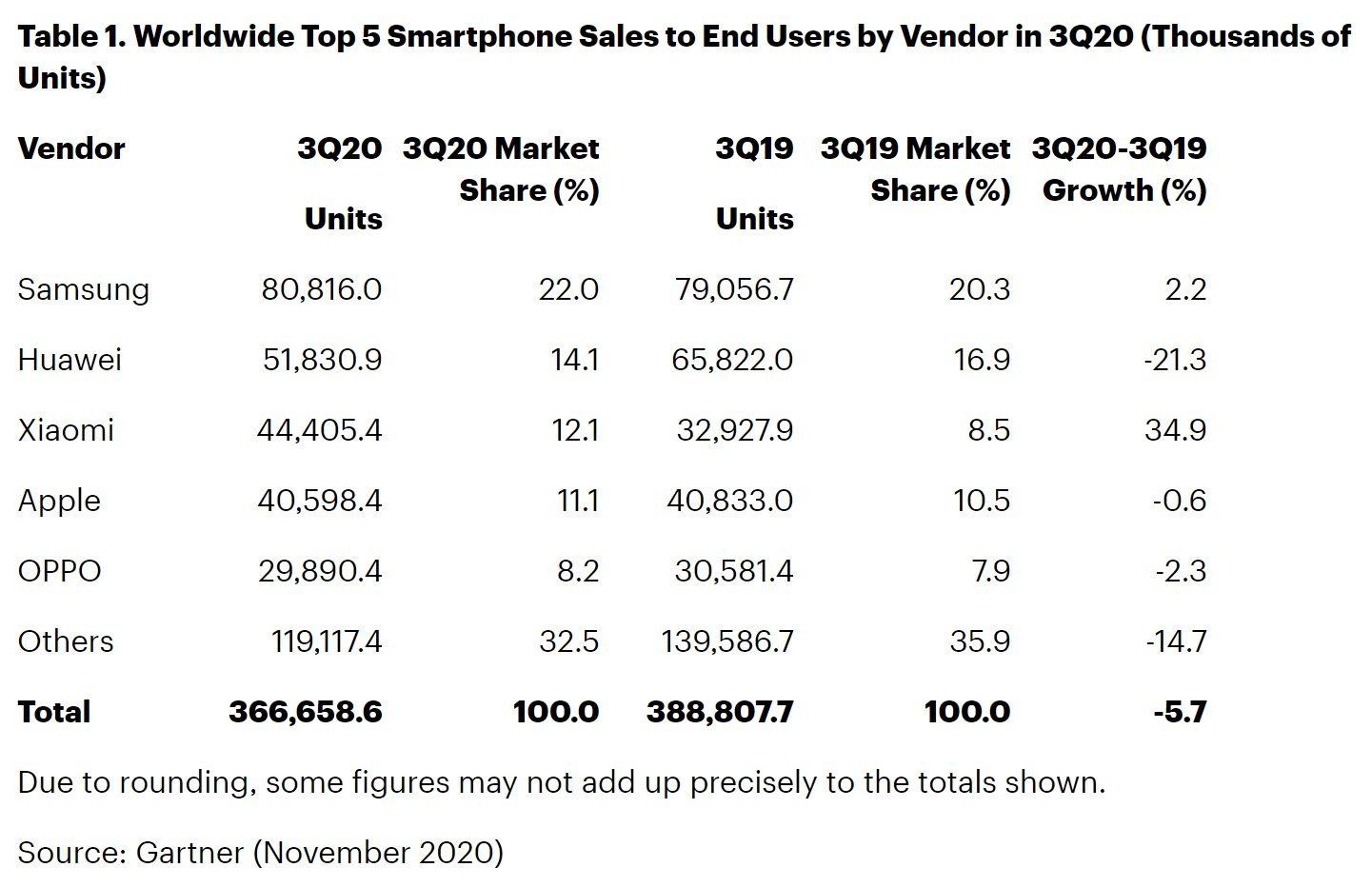 "Apple sold 40,5 million units in the third quarter of 2020, down 0,6% from 2019." Reported Annette Zimmermann, Gartner Vice President. "The slight decrease is mainly due to the delayed start of shipping of the new generation iPhone 2020, which in previous years would always start in mid or at the end of September. This year, the mission started 4 weeks later. "