For the past three years, security company Sophos has been asking readers of their website to answer the question: "Which browser do you trust?"

Every October the company publishes the results of the poll. The winner of the 2015 poll (as well as the previous two years) is Firefox with a percentage of 41% from 3928 votes. 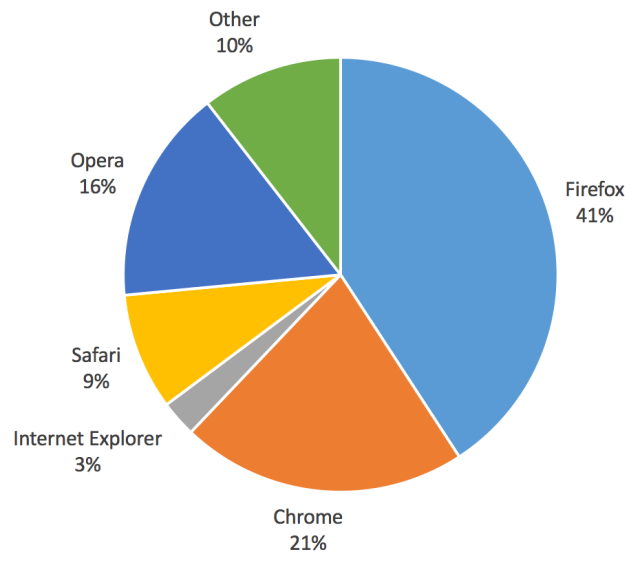 According to Sophos second in the list is Google Chrome with 21%. Followed by Opera with 16%, and Safari with 8%, reproducing the results of the previous year's poll.

Other browsers in the results but with very small percentages include Tor with 6%, Internet Explorer with 3%, and Microsoft Edge with 2%.

What's strange is the fact that Tor, the browser made famous by Edward Snowden, is one of the last in user preferences.

Please note that the poll is by no means indicative of how popular the browsers and the Trust Gap in the table below shows that many users have visited the poll with a browser and voted another.

Greek sites play hoax "do not call these numbers"

As you can see, Chrome, the browser most widely used in the world, according to all browser usage statistics, has not yet conquered its users' hearts.

According to the data, Chrome has a gap of -19,6% (meaning browser confidence), meaning that of the 40.78% of the users who voted in the poll using Chrome, 19,6% of them voted another browser.

Perhaps this is what we expected more from Internet Explorer users, and less about Chrome. The simplest explanation is that Chrome has been developed by Google, a company that does not trust the Internet audience so much.

Add Safe Mode to your menu