Two InSight instruments recorded for the first time the sounds that exist on the planet Mars and where NASA shared them with us. These sounds have no source other than the wind that exists on the planet.

After landing of the InSight research spacecraft on Mars last week, NASA initially took pictures of the spacecraft and its surroundings as it prepares to unload the scientific instruments it brought to the planet. But he has also collected something that other missions to Mars have never done. The sounds of the winds on the planet.

Bruce Banerdt, head of NASA he said"Collecting these sounds was an unplanned pleasure. "But one of the things the mission is focused on is measuring motion on Mars, and of course that includes motion caused by sound waves."

The sound was received by both the air pressure sensor and the InSight seismometer. The air pressure sensor detected the air vibrations directly while the seismometer recorded vibrations caused by the Mars wind blowing over the InSight solar panels. Scientists estimate that the wind was blowing between 10 and 15MPH (between 16 and 24 kilometers per hour).

You can listen to the audio in the video below. NASA recommends the use of headphones or subwoofers because the frequencies are quite low. And for this reason this video has raised the sound by two octaves, to facilitate listening. Recording sound through the seismometer is only possible during these early stages of the InSight mission, because once the seismometer is placed on the surface of Mars, a dome will protect it from the wind and scientists will dramatically filter out the noise that caused by vibrations. This is because the main purpose of a seismometer is to detect earthquakes on Mars.

This is the first time we have heard the sounds on Mars and we expect to hear more and clearer sounds in the near future, when the Mars 2020 rover spacecraft will land, carrying two microphones. 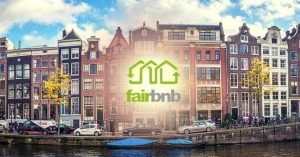 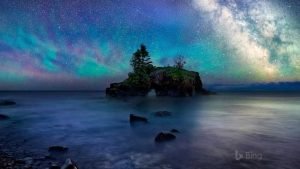