The Ingenuity mini helicopter is on the surface of Mars

NASA's Perseverance rover, which is wandering on Mars, left the Ingenuity mini-helicopter on the surface of Mars before the historic first flight of the four-kilogram aircraft. 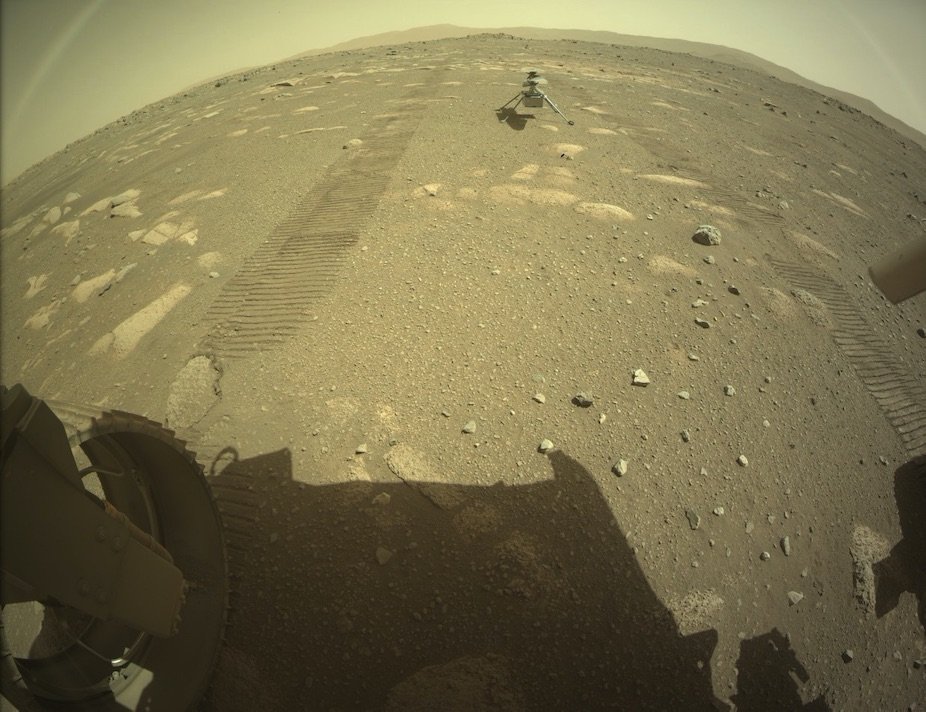 Ingenuity was dropped from a height of four inches from the bottom of the Perseverance rover to the surface of Mars.

The four inches may not seem like a huge drop, but achieving it was an important milestone, as the helicopter would have to go through a multi-day rollover from its horizontal position in the rover to a vertical position before launching. .

#MarsHelicopter touchdown confirmed! Its 293 million miles (471 million km) journey aboard @NASAPersevere ended with the final drop of 4 inches (10 cm) from the rover's belly to the surface of Mars today. Next milestone? Survive the night. https://t.co/TNCdXWcKWE pic.twitter.com/XaBiSNebua

Now that Ingenuity has split from Perseverance, it will have to draw energy from the sun using its built-in solar panels. This will keep the helicopter warm on icy cold nights on Mars, where temperatures can reach as low as a negative 130 degrees Fahrenheit (-54.444 ° C), according with Bob Balaram, Chief Engineer of Ingenuity.

If Ingenuity survives the difficult conditions, it will make its first flight to another planet, "no earlier" than April 11. NASA described the flight zone of the helicopter on March 23. Ingenuity's plan is to try up to five test flights within 30 days before settling on the surface of Mars forever.

Facebook: see if your data has been leaked
Next Post: Gmail: Enable new Chat and Rooms services