The popular Greek subtitle site Subs4free (.com) has stopped working. This site was used by film translators to distribute their work to the Greek public.

As the page is closed by Intellectual Property Organization who passed it on his black list.

The Company is an independent administrative authority responsible for regulating, supervising and controlling games held in the Greek Territory, and states:

You have access to a website through which unauthorized gambling services are provided.
According to the law, internet service providers are obliged not to allow access to websites of non-licensed gambling providers listed in their respective directory (Blacklist) maintained by the company.

It is noted that participation in gambling, organized without a license by the Hellenic Republic, implies strict administrative and criminal penalties.

More information about the Blacklist you can see here.

Updated: Following the above publication, the CCJE released a decision that "blocks" access to dozens of Greek websites of similar content. Read above
This move is no surprise, as there was a predominance in EU countries especially for subtitle pages. This which we have mentioned then in our publication was the prophetic:

The ruling opens a gateway that practically makes it possible to prosecute every page that has subtitles as it can be considered as infringing copyright not only in Sweden but also in other parts of the world.

This basically places subtitle distributors in the same category as pirates.

Update: According to the reader of iGuRu.gr Mars and subztv.club does not work .. 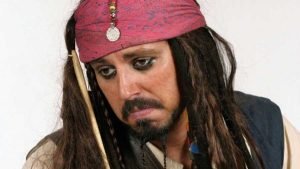