In recent days, articles have been published based on an article in the "reputable" Sunday Times, which states that Russian and Chinese agents have decrypted the NSA files leaked by Edward Snowden, identifying the British and US secret agents. . 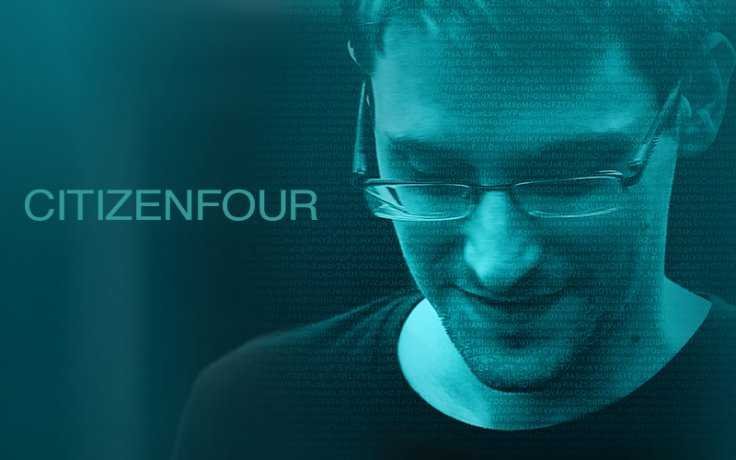 The Sunday Times uses unidentified government sources and British agents to back up a story that wants MI6 agents to retire from hostile countries abroad as their identities are burned as a result of Edward Snowden leaks. 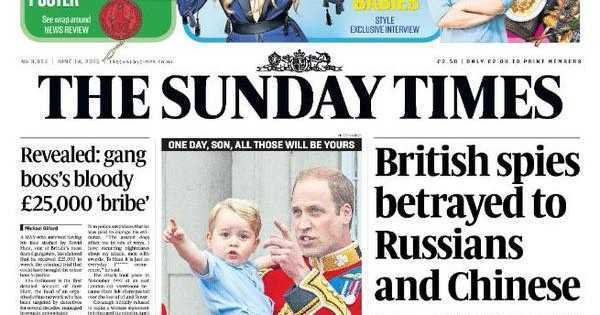 The Snowden Team, headed by Glenn Greenwald's partner, has denounced the publication as a smear based solely on the words of anonymous British officials.

The Sunday Times strongly supports the UK government in seeking to tarnish Snowden, according to Greenwald, who has said that none of the allegations support the fact that Russia and China "broke and read the top-secrets". cache of files. ”

An early version of the story erroneously stated that David Miranda, Greenwald's colleague, was "arrested at Heathrow Airport in 2013 and had 58.000 secret files in his possession after his visit to Moscow and meeting with Snowden."

In fact, David Miranda was arrested when he returned to Brazil after his visit to Laura Poitras in Berlin.

The Sunday Times claimed that this mistaken element in the electronic version of the newspaper is due to a mistake but it does not seem very convincing.

Snowden's team claims that Edward left the US with four top secret copies of documents he picked up from the NSA intranet. Snowden has clearly stated that he did not get a record with him when he left Hong Kong and that he handed it all to carefully selected journalists.

Snowden's critics, such as former NSA intelligence analyst John Schindler, are questioning this version of events, claiming that when Edward defected to Russia he took the files with him.

Even assuming that Snowden says the truth, there is still the possibility that the encrypted documents had Snowden's journalists collaborators and not the informant himself.

A reliable scenario is that the journalists who had the files did not have Snowden's experience and were comparatively prime to handle secrets and not so well-trained in operational security.

There may have been mistakes in using PGP, TruCrypt and Tor, for example, as none of these applications are known to novice users. The fact, according to the analyst, left secret documents exposed and vulnerable to piracy.

Naturally there is no doubt that government intelligence agencies have cast the best agents in this affair. But that does not mean that the government teams have done something for sure, or that Snowden's team was smarter.

Everyone agrees that Snowden leaks are one of the greatest leaks of the Information Service in history. The Sunday Times reports that more than a million classified records have leaked. Greenwald says the claim is rubbish but does not provide an alternative picture. Snowden's team has kept this secret number.

How many spies died due to Snowden?

Leaving aside whether China or Russia somehow managed to get the encrypted records, there are too many reasons that make us quite mindful of the Sunday Times claims:

The files contained the identities of MI6 and CIA agents, which were leaked, forcing Western services to send "rescue teams".

When a US or UK intelligence officer (spy) operates under cover abroad, his coverage is usually diplomatic.

That is, the officer pretends to be a physiological diplomat of the embassy. Even if it had been revealed, it would still have diplomatic immunity. The worst that could happen is to declare persona non grata and be sent to his home.

However, there are those who do not use a diplomatic passport. They are the agents who have "physical coverage" but this information is super tight.

Even people who have the ability to know the inside of the secret services are normally not allowed to know who is who. It's not the kind of information that exists on the NSA intranet.

Of course, some spies could be transferred a few days or weeks after Snowden's first leak as a precautionary measure.

Murray told the Daily Mirror: "The argument that MI6 officials are in danger of being killed by Russians or Chinese is nonsense."

"Rule No. 1 In both the CIA and MI6, identities are never recorded - neither names nor even a description that will allow them to be identified," he added.

The Sunday Times story seems to be full of holes, and presents the events as a novel. Some points are totally false.

The document quotes an official source from the British Ministry of Interior who stated that Snowden has "blood on his hands", claiming while there is no indication that the secretaries of the intelligence services have been injured as a result of Snowden's actions.

The UK government is very good at end-to-end encryption, which limits the likelihood of being tracked by spies or terrorists. In this respect, the Sunday Times article could once again be a novel for the masses, as some security experts observe.

Encryption expert Halvar Flake said on Twitter: "If this thing about" breaking "Snowden's crypto cache is true, then all the arguments and encryption settings are gone :)"

"So, if the Russians and the Chinese broke the Snowden encryption, our government would not need our crypto keys, right #SnoopersCharter? 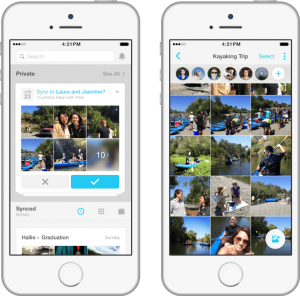