The Cybercrime Prosecution Directorate filed a criminal case against five people, as well as a regular lawsuit against one person for child pornography.

In particular, in the context of preventive actions to combat the phenomenon of child pornography, an operation was carried out under the code name "UNCOVERII" and after many months, thorough and thorough internet research and digital analysis of the found digital data, using special software of the internet, within the Greek territory, who had a number of files with the content of child pornography suitable for sharing.

The above were brought to the attention of the Athens Prosecutor's Office and a relevant committee was issued to remove the confidentiality of communications, while after correspondence with internet service providers and further police investigation, the details of the individuals involved were identified and their place of residence emerged.

Following the above, teams of police officers of the Cybercrime Prosecution Directorate, conducted searches in the homes of those involved, where, after their involvement was established, a total of (14) hard drives were found and confiscated.

The on-site search of the digital evidence of the five arrested found a number of files (photos and videos) of child pornography, while the sixth perpetrator was involved in illegal activity, without meeting the conditions of the spontaneous procedure.

The confiscated digital evidence will be sent to the competent Department of the Directorate of Criminological Investigations for further laboratory examination. 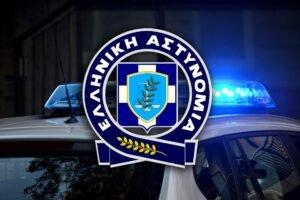