Two men in the United States, father and son, worked together to create a prosthetic hand that the son would use.

For the creation of the prosthetic hand they used a three-dimensional printer worth just 500 dollars.

The prosthetic hand was named Talon Hand 2.0 in its final form and a printer Solidoodle 3D. 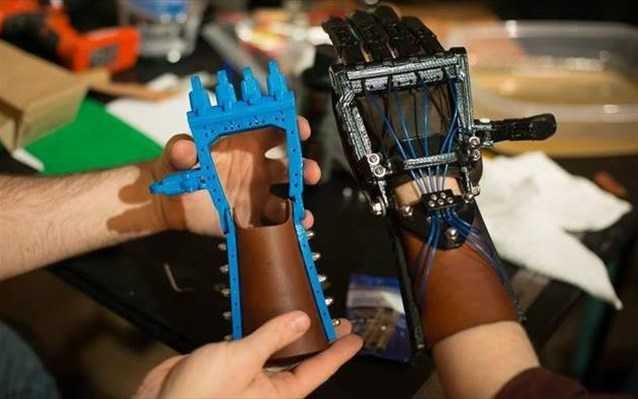 The plan for the construction of the Talon Hand 2.0 was based on other users' designs and modified accordingly to fully apply to the particular user. It is noteworthy that the completion of the prosthetic hand required nine months of work.

The choice of this "cheap", three-dimensional printer was, according to the two manufacturers, why it offered the possibility of using multiple materials while having the ability to interfere with the printer's settings.

However, a lot of effort has been needed to get from the first attempt to the end result. A key element of the integration was that the prosthetic hand would have to be "empowered" as its user used it in rather difficult tasks, resulting in frequent fractures of parts of the prosthetic hand.

The solution made modifications at the software level of the printer, coupled with the chemical spraying of the parts, in order to strengthen the material and link the links better.

According to the creators of Talon Hand 2.0, they can now have a complete prosthetic hand, within 6 to 8 hours.