Windows 10 with Tamper Protection: Microsoft has released a new preview version of Windows 10 for the upcoming big feature update.

The new build, the latest for this year according to Microsoft, brings a series of very interesting new features and changes to the operating system.

We talked about it Windows Sandbox, in a previous publication that will come in all versions of Pro and Enterprise of Windows 10. The new security feature can be used without installing a third-party virtual machine or software.

Today, however, we will mention another security feature that protects Windows Defender Antivirus itself. Tamper protection.

The feature itself does not have some additional information, but Microsoft revealed more in the blog Experience Windows:

Tamper Protection will prevent changes to security features from malicious applications that may attempt to change security settings.

How to Turn Tamper Protection On or Off

The feature allegedly exists in the Insider Build of Windows 10 that is being released, but it is disabled.

Deactivating it may be useful if you are using third-party software.

The new feature sounds a very good idea, but the lack of information does not help us to know more. At present we do not know whether it is effective or not. 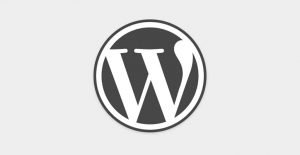