home / opinions / Bukoura Ceremony What do you think about censorship?

Bukoura Ceremony What do you think about censorship?

A post in the First Issue attacks the page Boukouras ceremony who is known for her black humor.

The post refers to a tweet of the humorous page that comments on the new motorcycles (ducks) received by the Greek Police. With the one-word comment "Kalotaxidoi" he displays the publication of EL.AS.

and the photo because they can remove the post: 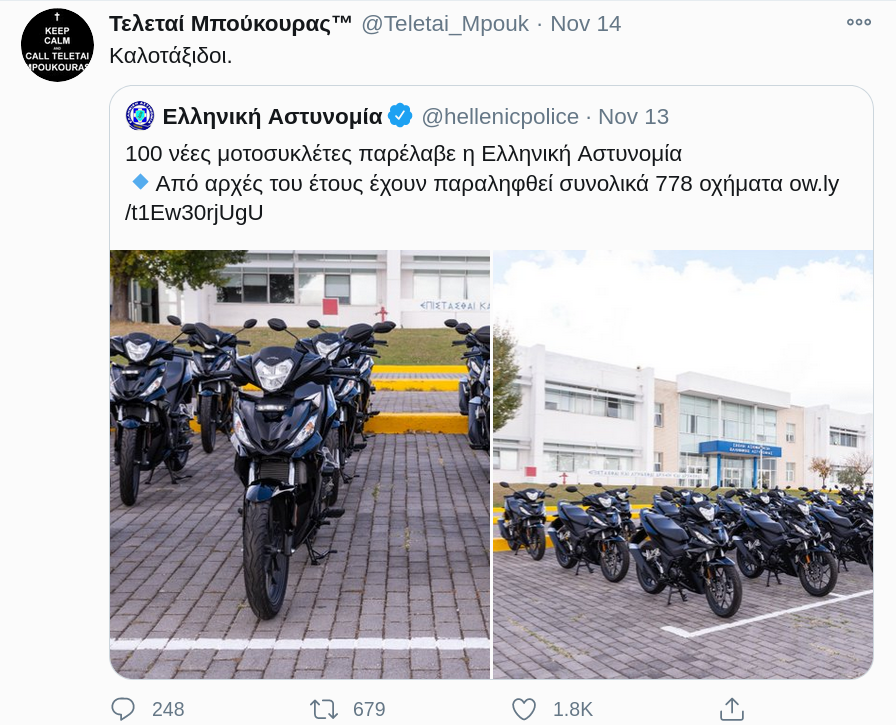 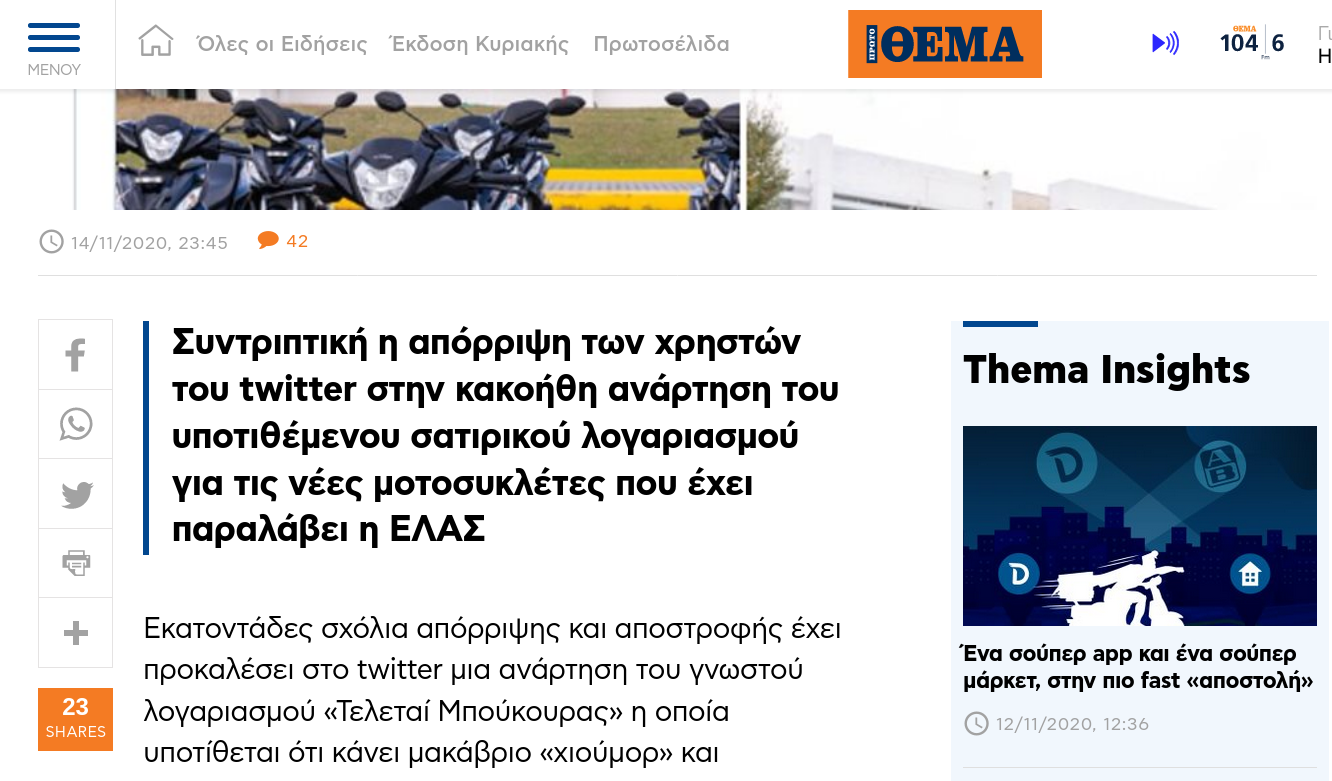 The rejection of twitter users in the malicious posting of the supposedly satirical bill for the new motorcycles received by ELAS is overwhelming
Hundreds of comments of rejection and disgust have been caused on twitter by a post of the well-known account "Teletai Boukouras" which is supposed to make a macabre "humor" and presents the new motorcycles received by the police with the one-word comment "Kalotaxidoi".

The comments are hundreds and express disgust for the malicious report which goes beyond the bounds of satire.

We would like to see your comments on this topic. The story is similar to our well-known story Elder Pastitsiou.
In Greece it is probably forbidden to make satire with the church and the law enforcement authorities.

Fortunately in Greece we are civilized and there have been no cases of Charlie Hebdo terrorism yet, because someone published a cartoon of Mohammed.

Kodachi Linux 7.6 anti forensic anonymous operating
Next Post: How a board game and skyscrapers inspired the development of the QR code