It is very light functional and includes some new pentesting tools as well as updates on penetration testing tools that have stood the test of time.

TinyPaw as mentioned above is based on Tiny Core Linux and although the project is based on a tiny distribution, it continues to grow in MB over time.

The extra size of course comes from package updates and the addition of new penetration testing tools.

The latest version of TinyPaw seems to be based on Tiny Core Linux 9.0. The boot from the Live image of the distribution, loads the operating system into RAM, with a very high response. The distribution can easily run demanding tasks using only 300MB of RAM.

Those of you who are interested in TinyPaw Linux can check it out official webpage of the project. The downside of the distribution is that it does not have detailed user guides as Wiki in Sourceforge is very limited.

The following is the disclaimer of the project:

TinyPaw Linux is not designed and intended for use outside of your own network and / or systems. TinyPaw Linux and its creator do not support or encourage any illegal activity that violates the laws and regulations of your country. 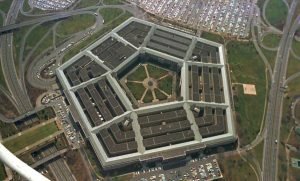