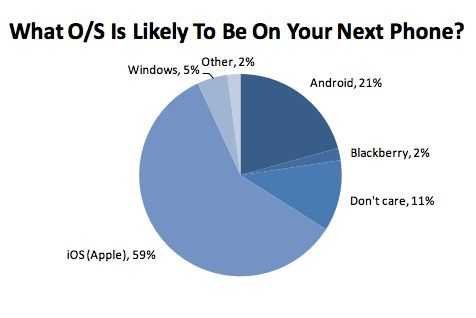 Analyst firm Piper Jaffray in a survey of what technology company preferred youngsters under 18 first found Apple, and second Google, which also made some progress. Despite many analysts predicting the destruction of Apple, 48% of respondents said they already had an iPhone while the rest of 62% intends to buy.

Quoting a few results from the survey:

The survey was conducted among 5.200 students, of whom 1.600 was from high income families, while the rest of 3.200 were from middle income families.

IP Box brute-force tool breaks the PIN of each iPhone

Apple made available the second beta version of OS X 10.8.4 to developers

Does the 5S iPhone come in July in 5 different colors?