A portable Linux operating system can help you access important files, check email, and communicate securely, no matter where you are, on a private or public network, on your friend's computer or on an internet caffe computer.

There are a lot of portable Linux operating systems on the web, but let's look at 5 today better. The criteria for choosing the list below is to be able to run on a USB Flash drive, CD or DVD, be small in size, not take up a lot of resources and of course be free of charge.

1. Puppy Linux
The Puppy Linux is an open source Linux operating system designed to run on a USB stick or on computers that have old and low-speed hardware. Puppy is free to download and developers claim they can run with just 300 MB space (or less) on a USB or CD drive.

This operating system is a ready-to-use "all-purpose" operating system. It is packed with dozens of applications, is simple to use and supports Persistent, meaning your data is saved to USB.

Important features
Puppy Linux allows users to install additional programs that may be needed.
It has a Persistent feature that can retain your data and preferences before it's over.
The look of Puppy Linux has many different themes and it's easy to change your desktop.
It can be run on 32-bit or 64-bit machines.

2. Slax
The Slax is a portable operating system based on the popular distribution of Debian Linux. Its primary goal is to be modern and useful, occupying only a small part of your system.

Slax is not accompanied by many programs. In the website, developers claim to contain the two applications each user needs: a browser and a terminal.

Although it's hard to recommend Slax to new Linux users who want to install an operating system on a flash drive, it's one of the best you can use if you're an advanced user who needs quick access to Linux commands.

Important features
The Slax is highly customizable and changing its face is easy.
Slax is based on Debian, which is a well-known Linux base for most users.
It is possible to install programs via the Slax module system.
It has support for 32-bit and 64-bit computers.

3. SliTaz
The SliTaz is a portable Debian based Linux Linux distribution and the Openbox window management system. It is open source and has continuous and automatic updates, ensuring that it receives the latest security patches.

The main advantage of this distribution is the system requirements. According to the manufacturer's official reports, SliTaz can only work with just 192 megabytes of RAM and can fit on a floppy disk (if you remember it and if you still have the drive).

SliTaz does not support “persistent", A typical feature of most USB Linux distributions, whereby data is saved to USB and is not lost in RAM after the Linux crashes. But even though SliTaz doesn't store your data at all restarts, the fact that it can run with so few resources makes it an excellent operating system and worth a look!

Important features
SliTaz does not have persistent persistent function by default. However, if a user needs it, he can add it manually without much effort.
It comes with the TazLiTo tool, a program that allows users to create their own modified live SliTaz Linux CD.
SliTaz can install programs through Debian Apt packages or through Tazpkg.
It supports many CPU architectures.

4. Porteus
That's it Porteus is a "complete" Linux distribution for removable media, such as USB, CD, DVD, etc. It is an open source project and the operating system itself is only 300 megabytes.

The distribution has two versions: 32-bit and 64-bit. Do not be surprised to mention this, as more and more distributions of Linux reduce support for 32-bit.

Porteus has many wonderful things to offer, but the unique feature that stands out is the system modules. With this, users can turn back the features they need (and close what they do not).

5. Tiny Core Linux
Many portable Linux operating systems attempt to include in their work environment, as well as utilities, to provide the user with a complete experience. This idea is fine, but it is not what Tiny Core Linux represents.

The Tiny Core Linux is a functional one that seeks to make, as much as possible, the smallest and most efficient operating system. The result is an incredibly naked linux system that occupies about 16MB of memory and uses minimal resources.

Important features
Tiny Core Linux is only 10 megabytes in size so users can install it on any mobile device - even on a floppy disk.
Despite its astonishingly small size, Tiny Core has a fully functional desktop GUI and users can install full desktop environments (XFCE, Fluxbox, etc.).
Tiny Core Linux has a "Micro" version that is just the command line (and is less than 10 MB) for those who only need access to one Linux terminal.

If you now have a favorite Linux portable operating system that is not on our list, then add it, with a small description, to the comments under this article! 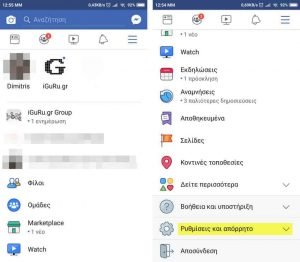 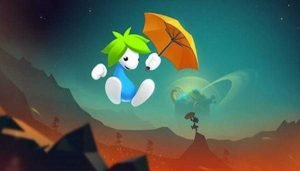