The last two systems that do not have Linux are two IBM POWER computers in China that run AIX. As they fell from the list of supercomputers of the TOP500 him November of 2017.

In total, China has the most supercomputers with 202 machines, while in the US there are 144. China also beats the US in overall performance. China's supercomputers account for 35,4% of the Top500 computers, followed by the US with 29,6% and it looks like the United States will continue to see its technological decline. 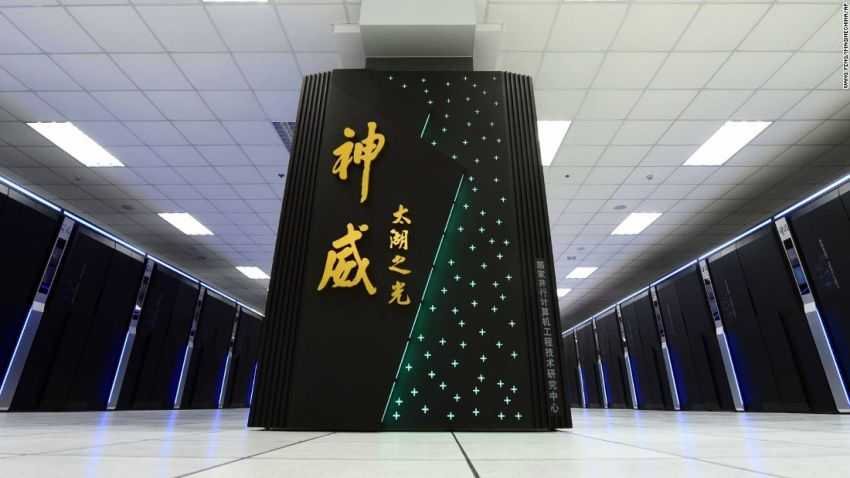 When the first Top500 supercomputer list was created in June 1993, Linux was a game. He had not yet adopted Tux as his mascot. After a while, however, Linux began its path to supercomputer.

In 1993-1994, at NASA Goddard Space Flight Center, Donald Becker and Thomas Sterling designed the Commodity Off The Shelf (COTS) supercomputer: Beowulf. Unable to afford traditional supercomputers, they built a computer consisting of 16 Intel 486 DX4 processors, which were connected via Ethernet. The Beowulf supercomputer was top notch!

To this day, the Beowulf design remains a popular, inexpensive way to design supercomputers.
Ever since it first appeared in the Top500 in 1998, Linux has seemed to be pulling to the top. Before it took the lead, Unix dominated supercomputing, until 2004, when Linux took the lead.

This happened for two reasons:

First, most of the world's top supercomputers are research machines built for specialized tasks, and each machine is a standalone project with unique features and optimization requirements.

To save money, no one wants to develop their own custom operating system for each of these systems. With Linux, however, research teams can very easily modify and optimize Linux open source to exactly what they need.

Smartphones with coffee or dinosaurs at 2013?

For example, the new Linux 4.14 allows supercomputers to use heterogeneous Memory Management (HMM). This allows the GPUs and CPUs to access a shared address space of a process. So the 102 on the Top500 list now use GPU accelerator / co-processor technology for better performance, thanks to HMM.

Equally important, as pointed out by the Linux Foundation:

"The cost of licensing a custom, self-supporting Linux distribution is the same whether you use 20 nodes or 20 million nodes."

Thus, "utilizing the vast open source community of Linux, projects have had access to free support resources and developers to keep developer costs equivalent to or below other operating systems."

Now that Linux has reached the pinnacle of supercomputing (data from the TOP500 Supercomputer), we probably won't see it lose its dominance anytime soon.

It will take some hardware revolution, such as quantum computing, to change the list. Of course, Linux may still dominate as IBM developers are already working to port Linux to quantum computers.

Gmail: easy attachment search for everyone