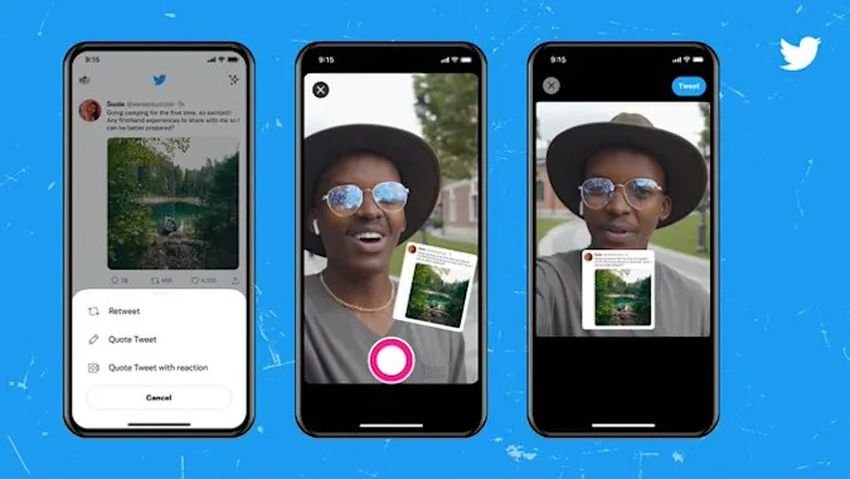 These "Tweet Takes" as the company calls them, can be either a photo or a video and the original tweet will be integrated as a card at the top. These reaction videos will appear in the main timeline, just like any other tweet, although the videos will look noticeably different from the standard retweet.

The new trials are reminiscent of TikTok reaction videos, which often include a comment or a clip from another user as a source. Although Twitter has not encouraged these types of interactions in the past, the company has changed course and is bringing more creator-friendly features, so it's no surprise to see this kind of experiment.