The Twitter account of the Golden Dawn fuhrer, Nikolaos Michaloliakos, was closed after the court decision that designates his political party as a criminal organization.

Michaloliakos' account stopped working on Friday night, as he reports that the social network violated his operating rules. 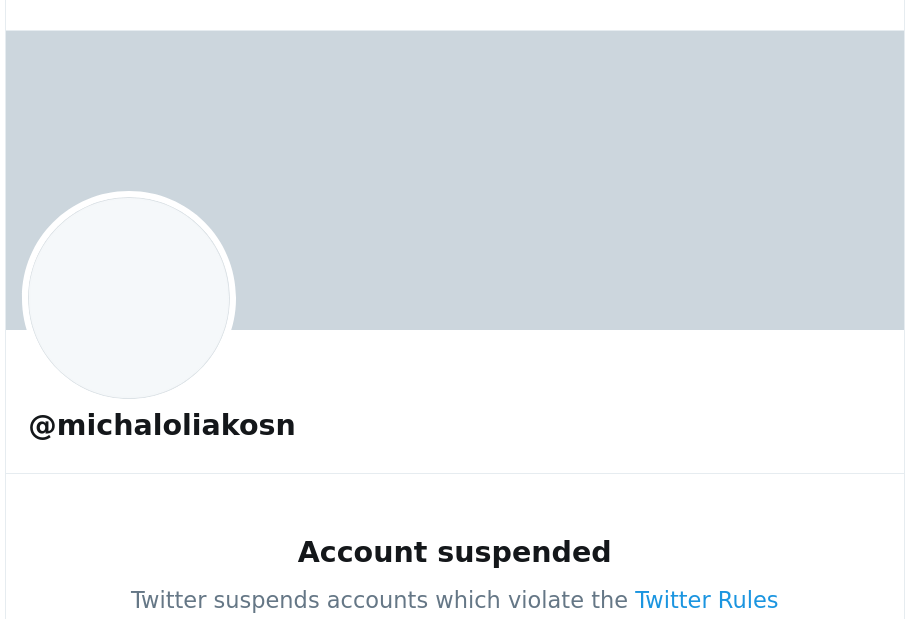 Because we do not follow such accounts, we do not know if the fuhrer was diverted or if Twiiter closed the account due to a court order.

Anyway have another other bytes the dust…