A large number of high-profile Twitter accounts (Bill Gates, Elon Musk, Apple and others) were breached on Wednesday.

Verified Gates, Musk, and Apple accounts posted tweets promoting an encryption scam, asking their followers to send money to a blockchain address in exchange for a larger payout. 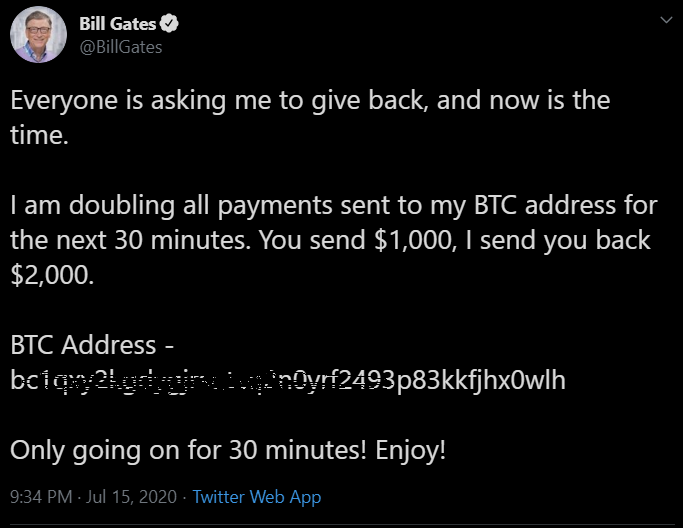 Here are some of the breached accounts that have been identified so far:

"We know of a security incident that affects Twitter accounts. We are investigating and will take steps to correct it. We will inform you all soon ".

As part of the company's recovery efforts, verified accounts used to promote fraud have been blocked and can not tweet.

Most of the breached accounts have now been restored and the posts removed. However, the bitcoin address mentioned in most tweets raised more than $ 100.000 from hundreds of trades.

Mozilla VPN has been officially released in some countries