The Electronic Frontier Foundation (EFF) accuses Epson, in a letter sent to the Texas Attorney General's office, that the company has released updates for its inkjet printers, which made it impossible to use third-party inks.

In addition, EFF in his statement on his website revealed that the misleading update of Epson has discovered a user from Texas. Based on this testimony sent a letter to the Attorney General's office in Texas asking the consumer protection department to carefully look at the incineration case by third parties.

It is well known to all those who have an inkjet printer, that the genuine inks of every branded company that makes printers come at very expensive prices. The result of these prices is that there are third party companies that have very low priced inks that can be installed and operated on branded printers. Apart from these there are companies that can at an attractive price fill your empty cartridges with the appropriate ink. All of this development in inkjet printer ink has led to a reduction in profits for printer manufacturers due to declining sales of genuine inks. However, the manufacturers are also responsible for the safety of the product they trade and so if they find a "hole" in the software, they must repair it with the relevant information.

The foundation notes that Epson inkjet printer updates did not indicate that they restricted the use of third-party ink makers, leading to serious cyber-security issues because it has the potential to convince Epson customers that software upgrades are something to be avoided.

Printers are one of the most vulnerable components in a corporate network, as in many cases security researchers have found that such devices can be used as entry points during corporate network attacks. If the report that Epson disables printer support in third-party inks could prevent users from upgrading and could therefore mean that a very risky trend in the market is not adequately protected.

There are many documented cases where attackers managed to penetrate printers, with the February 2017 hacker Stackoverflowin managed to check over 150.000 printers. 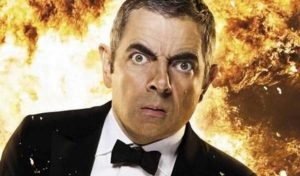