The US Department of State has finished it since anyone who wants a US visa should declare social media that participates or participates, over five years.

The day before yesterday, the US State Department began asking those applying for a US visa to report the names of the participating social media usernames, as well as their previous e-mail addresses. their phone numbers. The new requirement, which could affect up to 15 million potential travelers to the United States, is part of a wider expansion of anti-immigration controls under President Trump.

Until now, all this additional information, including emails, phone numbers and social media, has only been requested by those who felt it needed extra control, especially for people who had traveled to areas with high levels of terrorist activity. According to the Associated Press approximately 65.000 applicants per year were included in this category.

It is now estimated that 710.000 entry applications for immigrants and 14 million visa applicants will be affected, including businessmen and students.

The new questions in the relevant visa application forms ask for usernames for all social media platforms that have been around for five years. The leaflets also ask for the telephone numbers and e-mail addresses used by applicants over the past five years, as well as the international travel they have made, whether they have been deported and whether their family members have been involved in terrorist activities. actions. 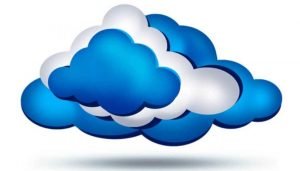