Particularly positive and with significant results is the response of the citizens to the operation of the innovative online action "CYBERKID" of the Hellenic Police Force Prosecution Directorate.

The action shows remarkable statistical results, which relate to the high traffic of Internet users to www.cyberkid.gr and the corresponding facebook page. Large is also the number of citizens who have installed the application  "CYBERKID" on smart smartphones, tablets.

Here is a brief description of the action "CYBERKID" which is being developed on the official website www.cyberkid.gr, the facebook page and the innovative application for mobile devices, while analyzing the statistics recorded by the action since its inception.

To http://www.cyberkid.gr/provide useful information and advice on how the whole family can benefit from the benefits of the modern technologies that surround us and, of course, the internet.

In the context of continuous updating and development of the site www.cyberkid.gr the "Digital Alan" section was recently created, where children can play their favorite electronic games with complete protection against the dangers they face on the internet. Toys, 31 as a whole, have modern graphics and rapid evolution to keep children's interest immature in Digital Alana.

The site was further enriched with two new sections. The "CyberAlert" section, where the public can be informed about the most frequently occurring online hazards and the "News" section where the Electronic Crime Prosecutors communications are posted. 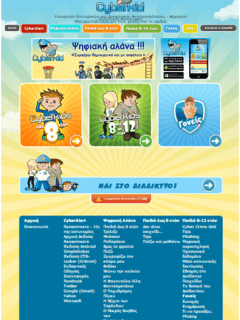 Website traffic statistics, from October 2011 to the present, are as follows: 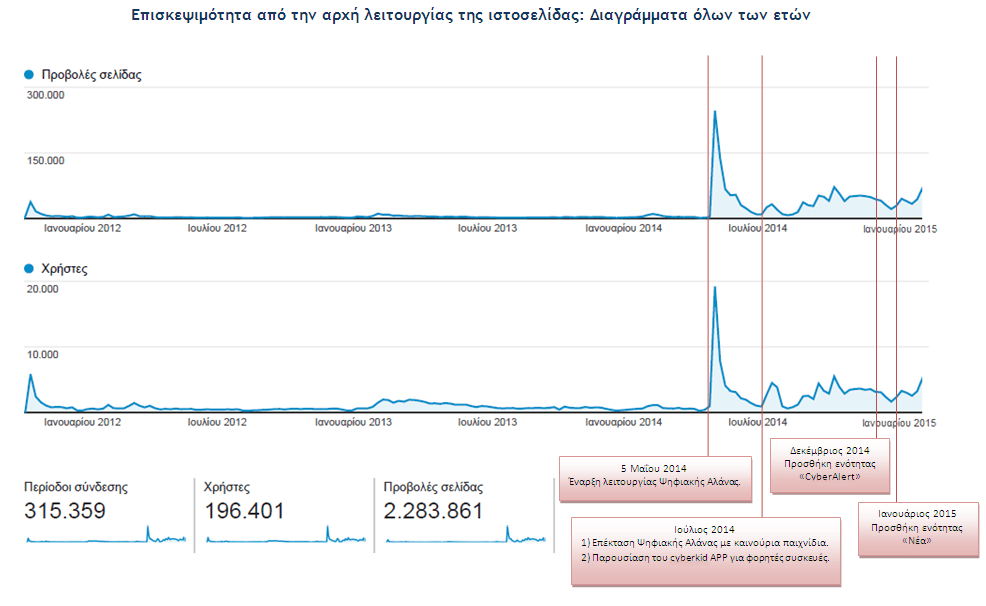 Below is the traffic of the site since its inception: 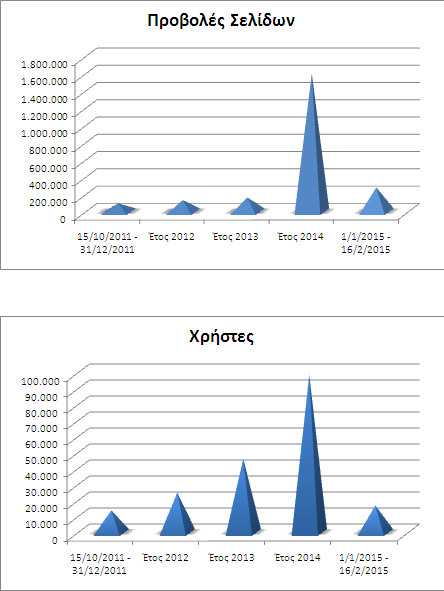 The Cyberkid application for "smart" portable devices (mobile, tablets) was created to inform parents and children of every family every day, even when away from home, about issues related to safe Internet surfing and the dangers underpin it. 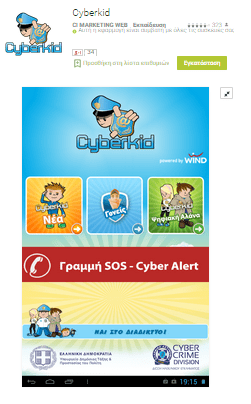 In particular, statistics relating to users downloading the above application to their devices, from June 2014 for IOS and Android and from the end of December of 2014 for Windows, developed to date, are as follows: 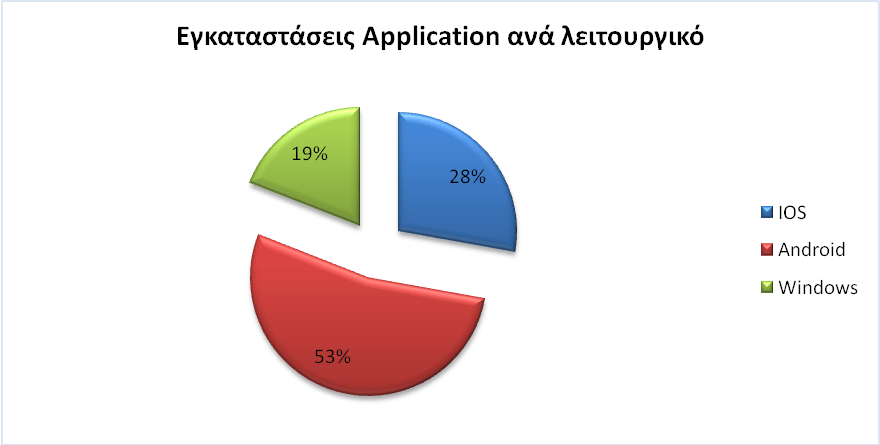 Indicative user feedback and rating with excellent 5 stars on the Android platform: 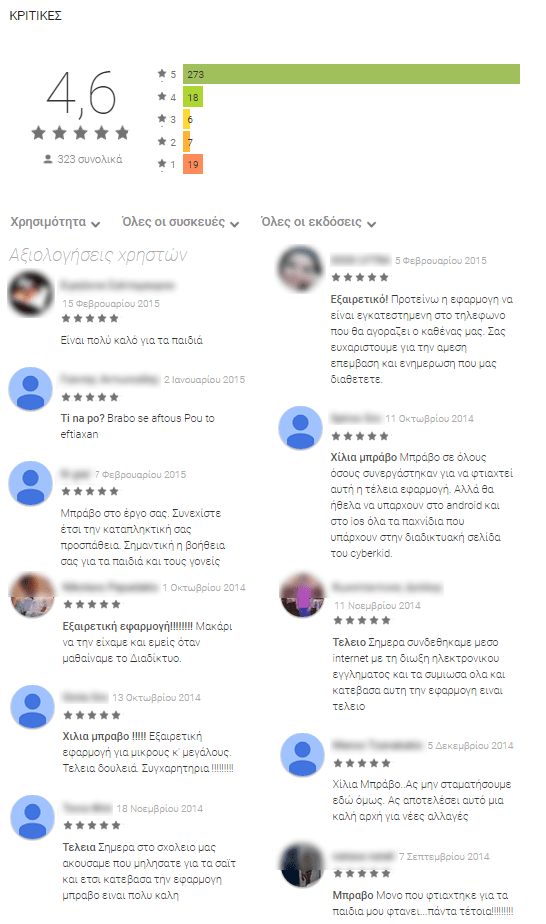 The Cyberkid Facebook Page was created in May of 2014 to enhance the visibility of the site http://www.cyberkid.gr/in social media. 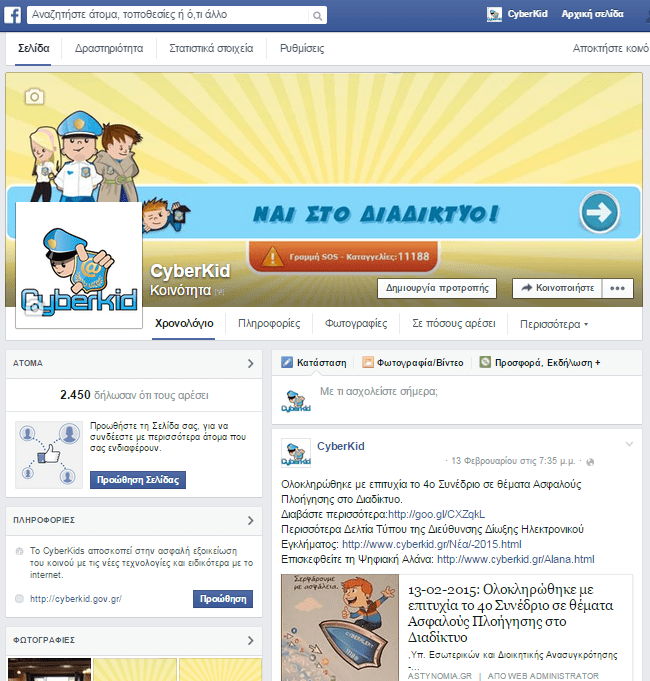 It is particularly striking, as 2.450 Facebook users have already said they like and follow their activity. Still many times they are posting their posts through the Facebook platform. In total, 108 posts have been placed on the above page by the Electronic Crime Prosecution.

As can be seen in the screenshot below, the posts of the page cause the interest of the audience, attracting many people and communicating to the user profiles several times. 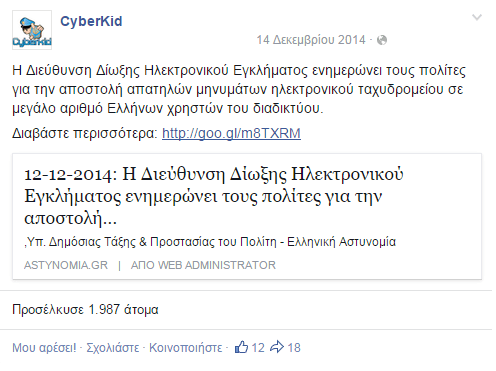 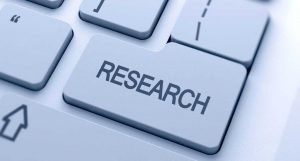