VR Sense: How immersed do you want to be in a virtual world? How it would seem to you to be able to feel it with your touch but also to smell it. The company Koei Tecmo, comes to take care of it… 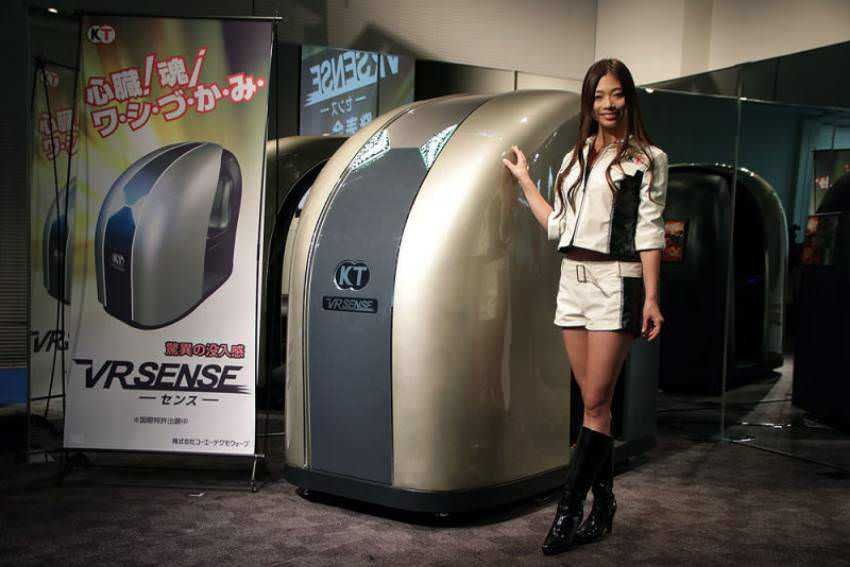 According to Kotaku, the VR Sense cabin works with the Playstation VR technology. Photos show that users who wear strange PSVRs and keep PS Move controllers. No mention is made whether the cabin has these devices, or if you have to buy them separately.

In addition to the effect on your eyes and ears, VR Sense also involves your nose and skin. The cabin has functions to feel the air, the "fog", the temperature, and the aroma.

The "fragrance mode" is supposed to be able to reproduce many environments. The presentation images of the cabin show from a forest to a snowy mountain peak.

The cabin chair can move in many different directions and features a durable seat belt!

Let's say that with the new super-device you will not only feel the breeze or the rain. One of the images presented during the press conference shows that users can feel insects and rats crawling over them.

The VR Sense cabin is available at the Japanese Amusement Expo, a trade show for arcade products in Tokyo. Koei Tecmo suggested that he could even distribute the cabins even in hotels, although he did not say how he plans to give a sense of taste.

The winners of the Bitdefender Internet Security 2017 contest