Stop codes after a blue BSOD screen give you a great starting point for finding and fixing any Windows 10 errors. See how to look for them and what to do along the way. 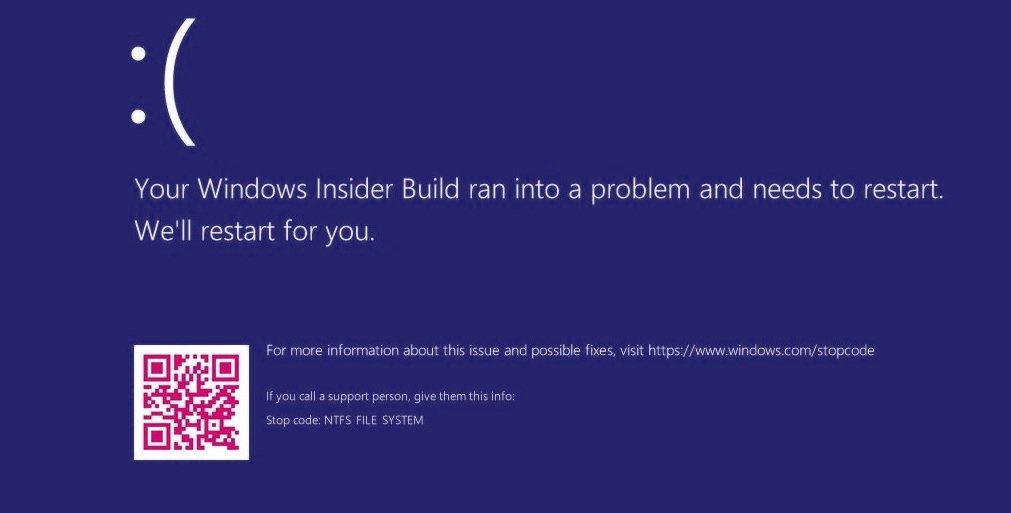 When Windows 10 (or Windows 11) crashes suddenly, you will be presented with a "blue screen of death" (BSOD). But the blue screen contains some useful information. Specifically, it lists the Windows stop code, which states exactly why your system stopped.

Crash codes are not general and cover every type of error that a Windows computer experiences. The range of each interrupt code varies and gives you a great starting point for fixing Windows 10 errors.

How does a Windows shutdown code work?

When Windows crashes, it generates a breakdown code that appears in the BSOD. The stop code is a hexadecimal code that begins with 0x and is followed by a string of eight other characters. 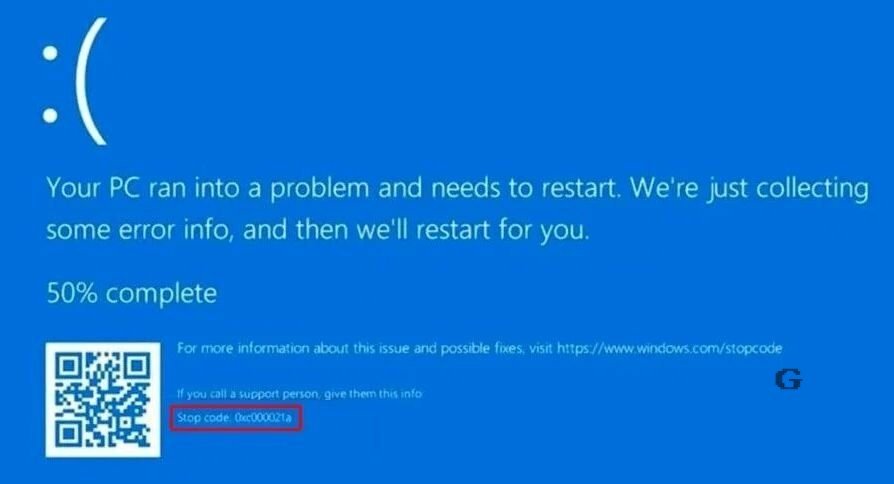 For some more common errors a description may be given instead of the code. As in the original photo where the NTFS FILE SYSTEM was given. But even in them corresponds to a code in hexadecimal code.

Each interrupt code refers to a unique Windows error and guides you to help fix the error. To avoid confusion, Windows stop codes are similar to Windows error codes.

For example, Windows Memory Management Error bears the breakdown code 0x0000001A and refers to a critical error in your system memory management. Once you know that the error is reported in your system memory and you have the specific shutdown code, you can focus on finding solutions to the problem.

What is the use of the Windows termination code?

When Windows receives a critical error, the system shuts down. Forced shutdown protects the system from any possible error-related damage. Therefore, the issued termination code tells you where the error is located in the system.

Suppose your computer crashes and a BSOD screen with a stop code appears. But in a panic you do not write down the termination code and error message and just restart your computer. How do you find a stoppage password after restarting your machine? Where are BSOD error codes stored?

The easiest way to find the history of Windows passwords is to use the tool Nirsoft BlueScreenView. BlueScreenView automatically uploads any previous minidumps and error codes to your system.

See the installation steps:
Step 1: Go to BlueScreenView page and download the program. It exists as portable and with normal installation. Choose the one that suits you. Also just below there are language files and if you want it to appear in a language other than English, select the corresponding file, download it and just paste it into the folder that is the program.

Step 2: Open the program. In its window you can sort the errors to find the latest BSOD and start diagnosing your system. 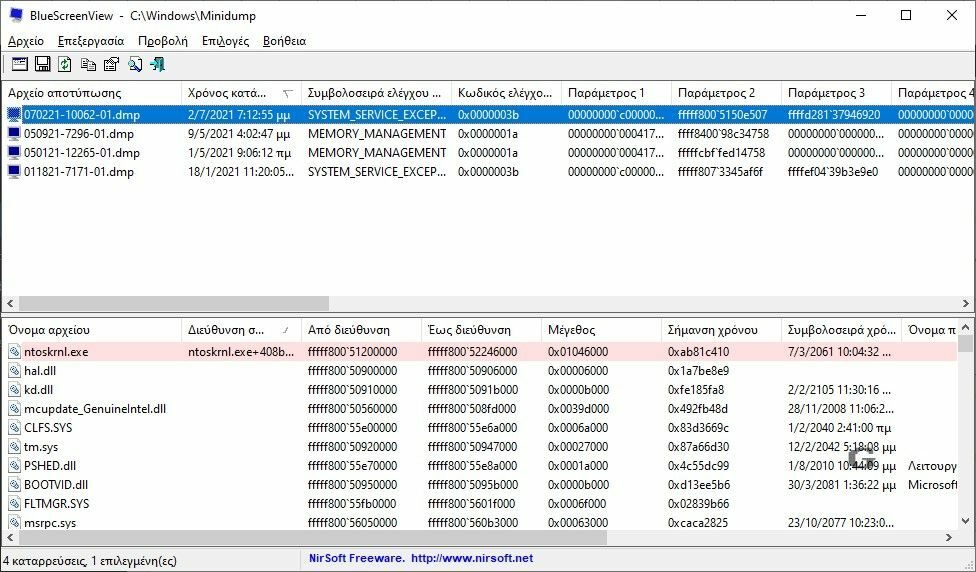 BlueScreenView is a very handy tool, but there is an alternative Microsoft tool, known as WinDbg. Both we had presented them to you and older.

Windows termination codes alert the user to an error. While some codes require a specific fix, there are some basic Windows troubleshooting tips that you can try.

Before running the SFC command, you must verify that it is working properly. To do this, use the Deployment Image Servicing and Management or DISM tool. Like the SFC, the DISM is a built-in Windows utility with a wide range of features. In this case, the DISM Restorehealth command ensures that the next repair will work correctly.

Here's how to use DISM and SFC:

Here's how to use CHKDSK:

The command will scan your system for errors and fix any problems. After the SFC and CHKDSK are completed, restart your system.

Press the Windows key + I to open the Settings panel. Now go to Update and Security, and then check Windows Update for any pending updates. If there is an update, save any important files, then tap to install the update. Your system may restart during the process.

Briefly
The blue screen of death is never a happy time for any Windows user. Now that you know how to find and use a breakdown code to detect and fix any problems, at least you know how to proceed and fix the error.