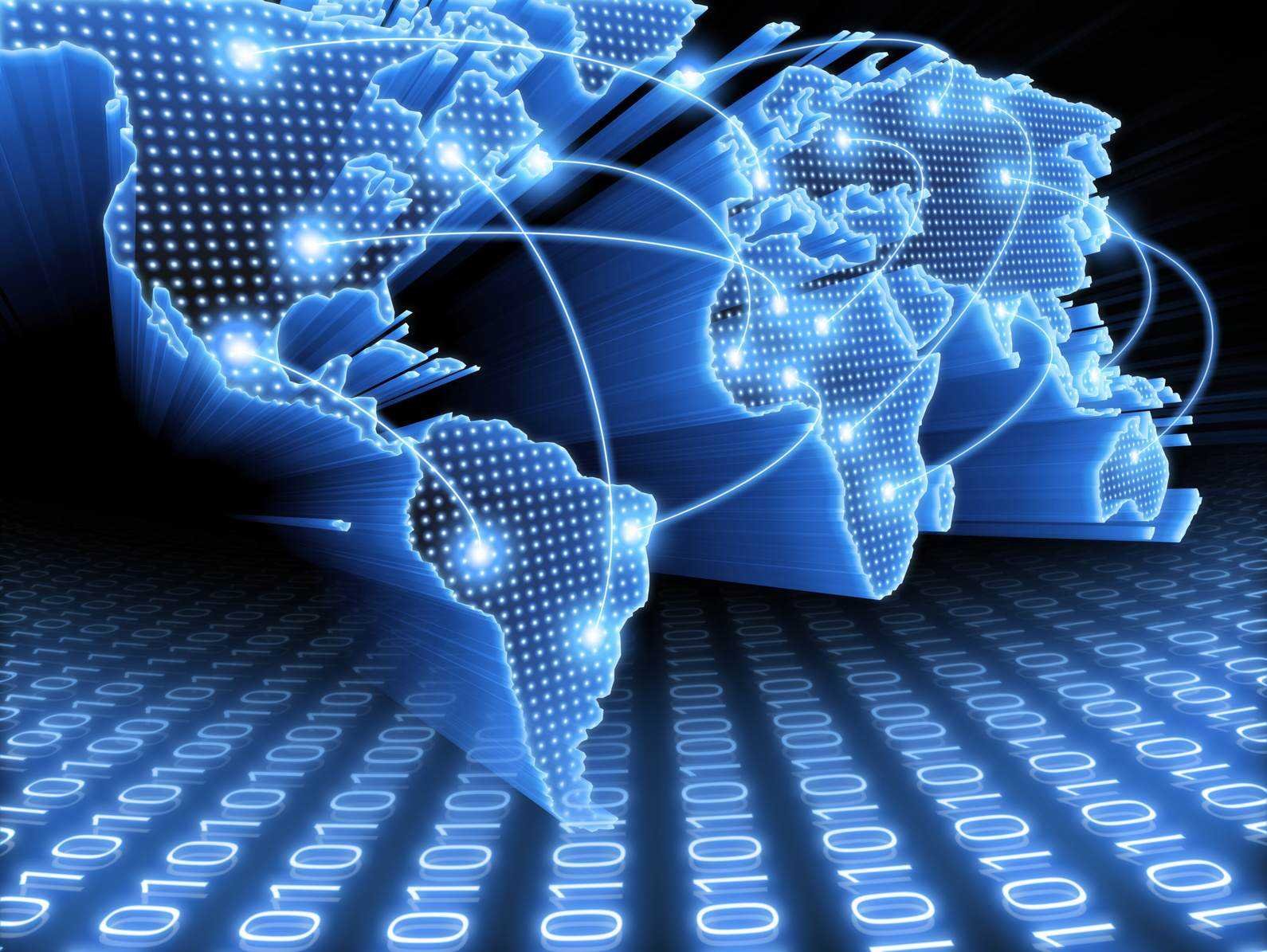 The article comes from the MICE, the VICE technology site. Read more at Motherboard.tv.

They are 25α World Wide Web (website): 1989, the British developer TimBerners-Lee has completed his proposal for what he reluctantly called the World Wide Web. He thought it would be a good way he and his colleagues in CERN to exchange information and his supervisor agreed that he deserved to seek it using the moderate approval words "Vague but exciting ..."

While the basic technology of the internet has remained roughly the same to this day, the ways in which we use it have changed rather dramatically. The Internet, from a kind of information management system for a specialized computer community, has become a universal tool of power and what many consider to be, a a basic human right.

Its continuous development website it is related to both political and social issues as well as to technology. The foundation WorldWideWebFoundation,  which was founded by Berners-Lee 2009, is working to expand its full potential website to everyone. 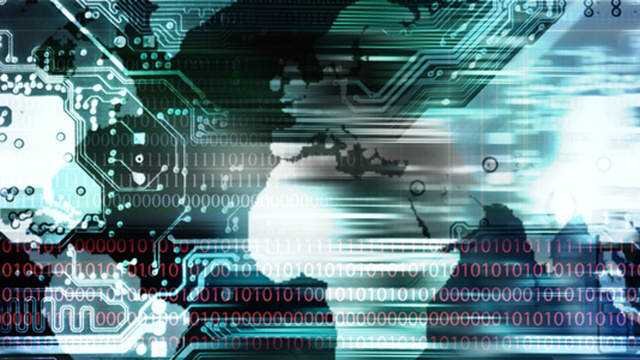 Berner-Lee's suggestion on the internet. Image via CERN.

I talked with AnneJellema, The CEO of the institution, for the work they do to achieve this goal. One thing is clear: between birthdays and nostalgic retrospectives in the past of the internet, there are also questions about the future that need to be answered.

Motherboard: Tell me about the foundation WorldWideWebFoundation-What is your mission?

When you say an "open and free website", what exactly do you mean;

We mean a web that allows everyone to communicate freely, to connect, to cooperate, to exercise their right to freedom of expression and information, to freely associate and to enable people to find solutions to the problems they face - and does so in a way that faithfully adheres to the original meaning of his invention Tim, ie decentralized, non-licensed, non-exclusive and neutral.

In your opinion, what are the biggest threats against the Internet right now?

Well, on the positive side, never in the whole of human history, we were not so close to building a world where everyone can communicate and access information, create things and express themselves regardless of income or geographical position or social barriers . So, we are very, very close to something really transforming the world, but there are some challenges that could prevent us from achieving this goal.

The first and most obvious thing is that three out of five people worldwide have no internet connection at all, and this is to a large extent Affordable price. The infrastructure exists, so most people on the planet are covered with 2G or 3G- the rate of broadband availability available in the developing world has increased tremendously in recent years - but prices are still unbearable for many people.

We talk  for 30 values ​​up to and above 100% of average monthly income just for basic broadband in many developing countries. So changing this is an obvious victory and  will also contribute to the new wave of innovation and creativity on the internet.

The second is the growing wave of censorship and monitoring we see all over the world. The number of monitored content or online and activity in different ways is increasing from year to year and we also see a big rush on the part of governments to buy new tracking technology and to apply forms of collecting large volumes of free data. So censorship and monitoring are very worrying trends that could dramatically undermine the internet as a platform for freedom of expression and freedom of cooperation, and that is why we are deeply concerned.

The third is the increasing centralization of the internet. Today, an ever increasing proportion of our telecommunications is being implemented by only a handful of companies. This is because these companies provide value-added services to consumers, have good service, are incredibly easy to use, and are colorful. However, the unintended consequence of this is their very strong centralization online and data we pass through the servers of these companies, as well as filtering - through the routes we follow -  of the ways through which we experience it online and our experience, that is what we learn and do on the internet.

This is worrying because it could destroy the true magic of the internet, the good fortune to connect with anything from anywhere and to discover things that we probably did not know there are to learn. It also poses risks to security and privacy. This centralization of the data traffic through the servers of a few companies made it much easier for NSA and GCHQ have access to this data traffic something that we could see happening with other governments as well. So we do not believe that this is good for the internet and we do not believe it is healthy for the rights of online users.

How can we spread the internet to these three out of five people who have no access?

Well, there are many solutions that lead to universal access. One of these is to invest in public access programs. It is very important to create the conditions for real competition in the market at every level of services and infrastructure. 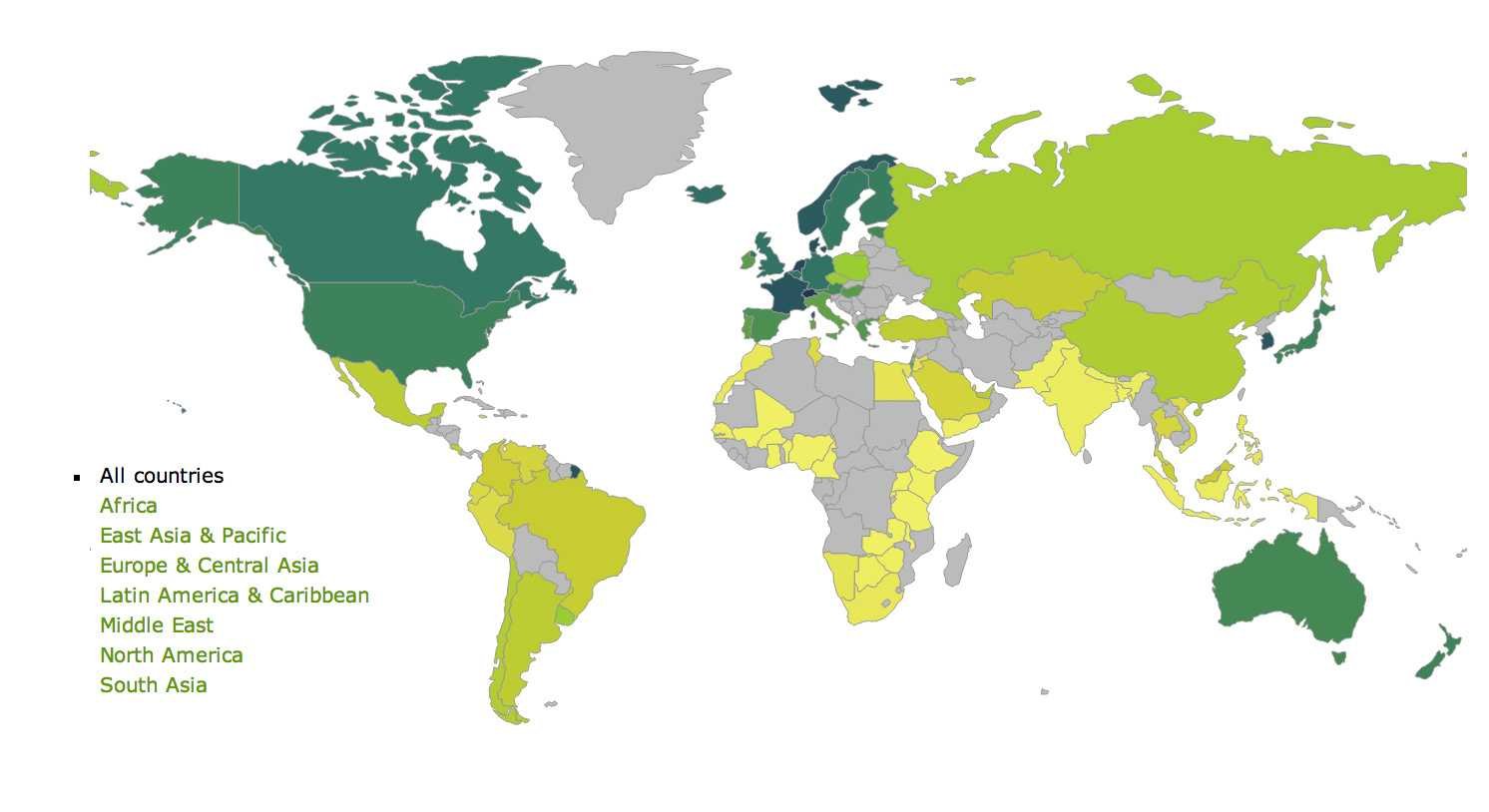 This map presents boradband users per 100 inhabitants. The darker the color, the better the country is. Image via Web Foundation.

In many countries, we see many highly anti-competitive market practices, conspiring to keep prices higher than they should be, and this can happen at the level of the international portal, can happen at the level of domesticbackbone (domestic hierarchical networks) may occur at the device level. So we really need competitive market conditions for Internet services. And then we also need transparency.

In order to address in particular the problem of building a healthy competitive market for broadband services, the WebFoundation has co-signed with some of the world's leading companies in the field of technology, mobile telephony, public services and academic research institutes. AllianceforAffordableInternet (Alliance for Affordable Internet). The alliance's goal is to encourage real competition and transparency in broadband markets and to drop prices below 5% of the average monthly income.

In most developed countries, a broadband package will cost you a couple of per cent of your income, while in developing countries it will cost over 150% of your income and that needs to change. The good news is that we think we can change it relatively easily.

When you think of issues such as censorship and limited internet, countries like China and North Korea come to mind, but obviously the conditions are not perfect in places like the US and Britain. Which?trendsyou notice;

Well, we are compiling an annual report, the WebIndex, which monitors the health of the Internet, its contribution to human rights and development in 81 countries around the world. Last year, we found that less than the 5% of the 81 countries we surveyed had taken best practice measures for the lawful process and supervision of telecoms monitoring.

Therefore, in fact, only a handful of countries have set up laws and institutions that are sufficient to address issues arising from its technological capabilities online and data collection and this is something that needs to change very quickly. 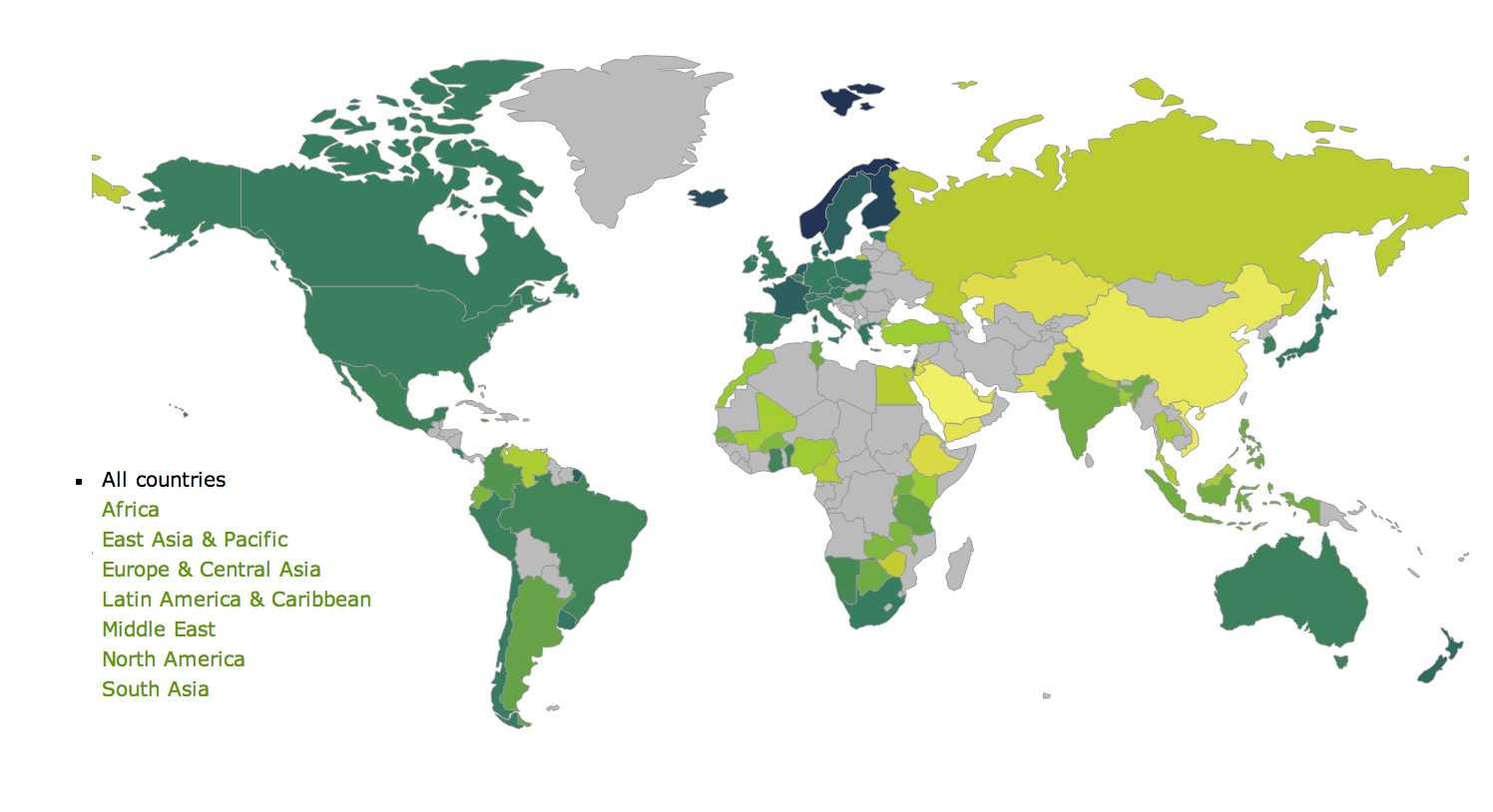 This map assesses the freedom and transparency of the Web around the world. Norway is at the top. Image via Web Foundation.

Through the campaign WebWeWant , we mobilize internet users all over the world to challenge them online and rights and to ensure that laws are enacted in each country to guarantee our right to freedom of expression and the protection of our privacy on the Internet.

You are absolutely right that the script is not always black and white. There are serious problems in countries like China, but there are also serious problems in countries like the US and Britain. None of these will change if ordinary people do not demand to have a say. If we leave it to politicians, security services and computer strangers, things may not have the progression we want them to have.

So, what is the solution? If we are moving towards a country-by-country arrangement, is there a risk that the Internet will be fragmented, which somehow undermines the idea of ​​open internet?

Yes, this is a challenge. Ultimately, decisions about who can collect the data and what it can do with it will always be taken at national level, so it is very important for each country to have a robust legal framework to protect our rights on the internet.

But at the same time, it is important that legal frameworks protect our right to freedom on the Internet, not just on the national Internet. We need to implant the principle of universality and access to global sources of information and cooperation, not only within national borders.

They call it extraterrestriality, a fancy legal term meaning countries must respect the privacy of people living in other countries, not just those living within their own borders. Indeed, it is one  a very critical principle for our new networked digital world.

As we have seen in the revelations about it NSA, even if there are appropriate safeguards for American citizens so that they can not trap their data without a warrant, this will not necessarily be the case citizens in other countriesWho use the Google or the Microsoft or the Facebook or other services based in the United States. So the solution to this is respect for the principle of extraterritoriality so that citizens of any country can have confidence that their privacy is not violated by another country.

Talking about it Google, The Microsoft, and Facebook, I guess it's among the companies you mentioned when you said the internet is getting more and more centralized due to the huge role played by these businesses. Whichisηresponsibilitytheirmoving forwardonfuture;

This is a good question and I think that those with whom we work on affordable pricing and issues of freedom and privacy on the internet actually ask national governments to shape their laws. They do not want to be the ones who will eventually make decisions about the protection of people's privacy and what national security permits. So, number one, at government level, we need laws that have been updated to reflect the reality of the digital age and provide true democratic accountability and oversight for monitoring.

Second, companies are responsible for implementing the best encryption in their systems. Some have done a very good job, others have not.

Third, of course, is transparency, so to reveal as much as they can- what they are legally permitted - to people who are targets of data collection requests. So this goes back to the reform of laws and supervision at national level, because we can not expect companies to do things that are actually illegal!

But they have to participate in helping to defend and promote this reform and also have to provide maximum transparency within what they can do right now. Again, some people are more actively involved than others on the front of transparency.

Actually. How do you hope the internet looks the next 25 years?

Well, as I said, we hope the internet will continue to grow to reach its real potential, to connect all people to the planet by providing them with the means  to make their voice heard, create and shape the world in which they live, regardless of their income or class or geographical position.

And that an open and free internet can support a genuinely participatory democracy and economy that in turn can help us face the many other challenges we will face in the next 25 years.

Samsung's case "sees" the environment for people with reduced vision

WhatsApp: Your data is safe even from Facebook (and green horses)