WhatsApp has become the number one mobile messaging app, as Facebook has tried to make it more than just a tool that allows users to chat from Android and iOS.

Click to Chat, for example, allows two WhatsApp accounts to communicate with each other using a QR code or a custom URL.

This feature is supposed to be used by businesses to allow their customers to communicate directly, as Click to Chat only requires a scan of a QR code to start a messaging session without even knowing the other party's phone number.

However, the phone number is revealed as soon as the conversation starts because the QR code and URLs include this information because Click to Chat could not link the two accounts otherwise.

Security researcher Athul Jayaram has discovered that this feature exposes users' phone numbers, as they could be indexed by Google because of the way QR was created.

Basically, it's all due to the metadata included in the QR code or the custom URL which, as mentioned above, includes phone numbers. WhatsApp uses a public domain called wa.me for the whole issue and once Google starts crawling the pages hosted there, it will have all the Click to Chat links created, along with the phone numbers.

Essentially, the Google can read phone numbers and then index them, enabling everyone to find out a specific phone number.

At first it may not seem like much, but as the researcher explains in an analysis that he published at Threatpost, malicious users could collect a lot more information than they currently collect. For example, once a malicious user seizes someone's phone number, they can access their WhatsApp profile picture and then use the photo to search social media for more information to associate with more accounts and therefore receive additional information.

The researcher reports that he discovered about 300.000 WhatsApp phone numbers in Google, so he notified the company that belongs to Facebook through a bug bounty program.

WhatsApp, on the other hand, said that the users themselves decide if they want to share any information.

"While we value this researcher's report and value the time he / she took to share it with us, it does not qualify for the bug bounty, as it simply contained a search engine index with URLs chosen by WhatsApp users to publish. "All WhatsApp users, including businesses, can block publicity at the touch of a button," said a company spokesman.

At the same time, Google reports that it only indexes public pages and only webmasters can remove URLs. 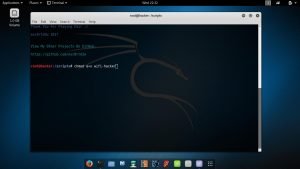