Although all eyes are on Windows 11 these days, Microsoft still supports Windows 10.

According to current support plans, Windows 10 will continue to receive updates until October 2025. So users whose devices do not qualify for the free upgrade to Windows 11 will have four years to decide what to do in Continuity.

Windows 11 as you know will be released in the second half of the year. But the same goes for a new Windows 10 feature update, as Microsoft maintains the original release schedule for the current operating system.

Therefore, the 21H2 version of Windows 10 will be released for all Windows 10 devices, although Microsoft is now focusing more on Windows 11. So it is likely to include some minor improvements and a few new features.

According to Microsoft's current release schedule, the 21H2 version of Windows 10 will be finalized in September or October and then available on Windows 10 devices in October or November.

"While Windows 11 marks an exciting milestone for the future of Windows, we will continue to support Windows 10 until October 14, 2025. We will introduce Window 10, in version 21H2 in the second half of this year along with a version of Windows 10 Long-Term Servicing Channel (LTSC). We'll share more detailed information for both the next Windows 10 and Windows 11 updates, along with details on how we'll release each release. Stay tuned for more information about Windows and remember that the latest version of Windows gives you both the latest features and security protection to keep your device safer. he says Microsoft.

The 21H2 version of Windows 10 will be available for all devices running Windows 10, and will probably be needed for those who want to upgrade to Windows 11 without a clean installation. 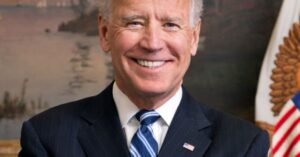