By default, Microsoft allows users for ten days to uninstall a new Windows 10 feature update and revert to an earlier version of the operating system.

In this article, we'll show you how to increase your "operating system uninstall time" to give you more time to try out a new Windows 10 feature update. 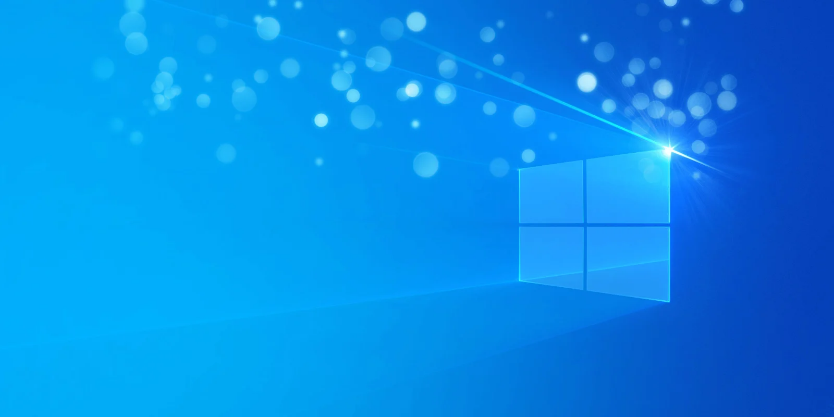 After you install a new Windows 10 feature update, it is not uncommon for you to experience errors, performance issues, or compatibility issues that require you to remove the version update installation until the bugs are fixed. 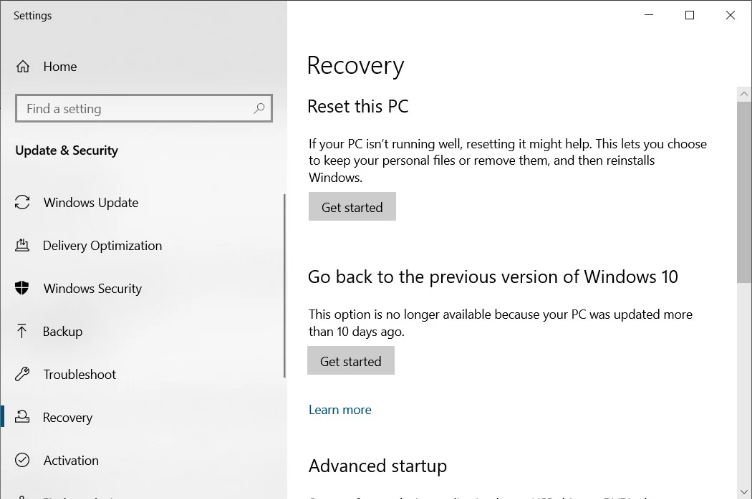 If more than ten days have passed since its installation updating capabilities In Windows 10, the reset button will be turned off, as shown below, and you will not be able to remove the update. 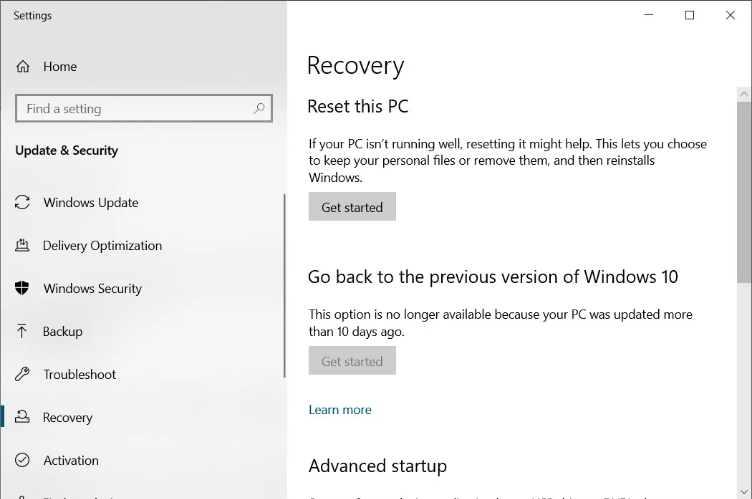 For those who want more time to uninstall a new version, you can use the Deployment Image Servicing and Management command line tool (DISM.exe).

How to extend uninstall time for feature updates

As mentioned earlier, after installing a new feature update, Microsoft sets the operating system uninstall window to ten days. This is the time you need to uninstall the new update.

From an upgraded command prompt (run cmd as Administrator), you can request the value of the uninstall window setting using the following DISM command:

To open cmd as an administrator, search for cmd and right-click on the black icon that appears - open as administrator.

As you can see below, after installing a new feature update, the "Uninstall Windows" setting is set to the ten-day default. 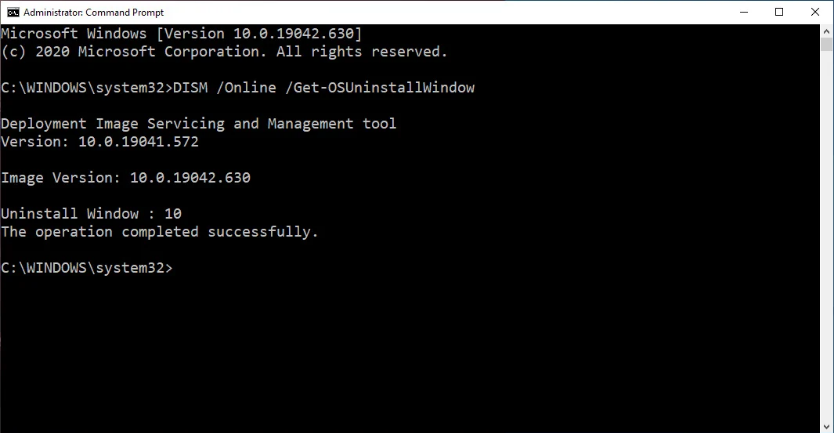 To extend the number of days you can do this with DISM with / Set-OSUninstallWindow as follows:

The number of days you set can be from 2 to 60 days. If you specify a number less than 2 or greater than 60, the setting will use the default 10-day uninstall limit.

For example, if you want to configure Windows Uninstall Windows in 59 days, use the following command: 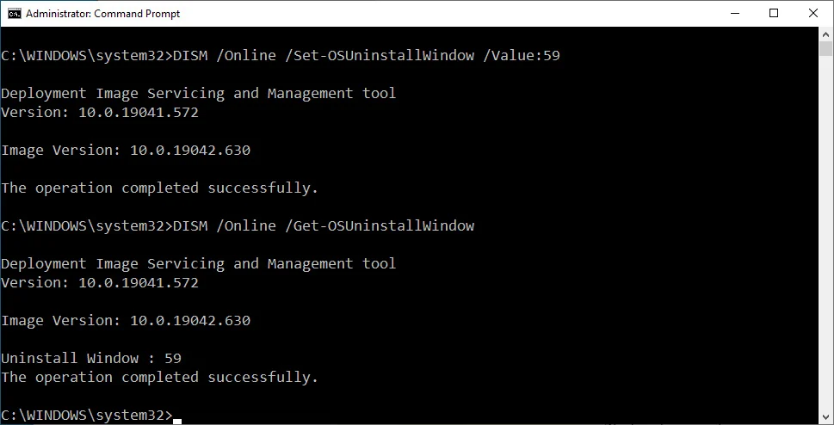 For most, this setting provides ample time to decide if you want to use a newer version of Windows 10.