Microsoft is still preparing the upcoming Windows 10 April 2019 Update. In the latest build, as we mentioned in the morning you will be able to run desktop applications (Win32) in the virtual environment of a Mixed Reality device.

Microsoft says about the new feature of Windows 10:

To use this feature, lift the Pins Panel (in Mixed Reality) and then search for all applications. There you will find a folder called "Classic Apps (Beta)". In this folder, you will be able to select and run any desktop applications (Win32).

The new addition sounds very interesting, but we do not know if it is practical. Today's virtual reality devices have low resolution panels so you can see the pixels in front of your eyes.

But a future high-resolution device could offer a much better working environment, with many practical applications in our daily lives.

It seems that Windows Mixed Reality is preparing for a very exciting future. 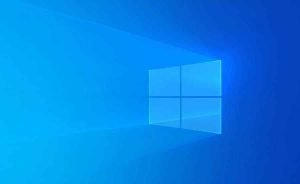