The built-in command line in Windows has not changed at all for a very long time. As it appears will change to the upcoming Windows 10, as Microsoft has announced another improvement, adding colors to cmd.exe.

According to Microsoft, the classic color scheme has sharpness problems due to the dark colors used in the command line window. These colors are not suitable for modern IPS and TFT LCD screens with high screen resolution. The old app was created for old CRT screens.

In the new version of Windows 10, Microsoft updated the Win32 console, the basic technology that feeds both Command Prompt and PowerShell, to fully support RGB colors with 24-bit colors. 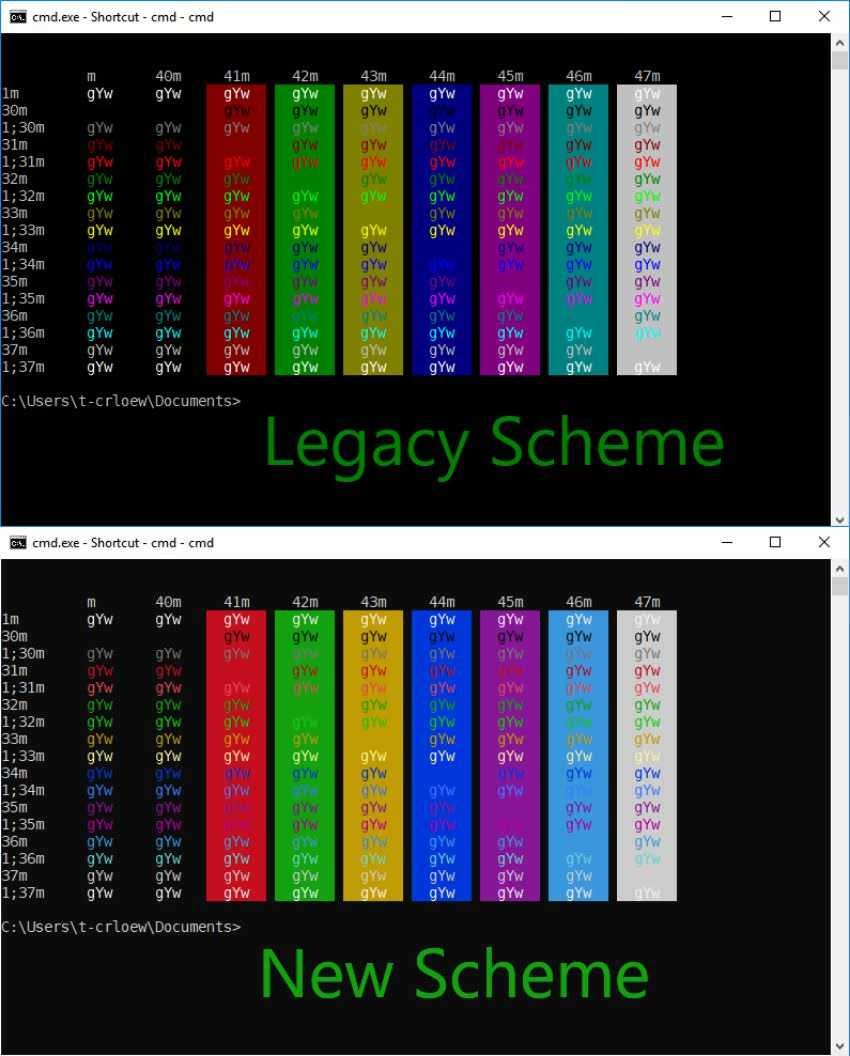 To test the new feature, you need to install the latest version of Windows 10 Insider Preview, Build 16257.

If you're not crazy about installing a beta build, you'll have to wait until September for the "final" release of the upgraded operating system.

Tomorrow at 5, the Microsoft event for presenting new devices

More details about this change can be found at official announcement.